4 graduating Bantam players from the 2014 grad class have committed to play for the Queens Gaels.  Two O-linemen (Conor Redmond and Cameron Fischl) will be joined by the Warrior teammates Mitchell Henselwood (DB) and Charlie Keenan (RB) in Kingston for the upcoming Gaels’ season. 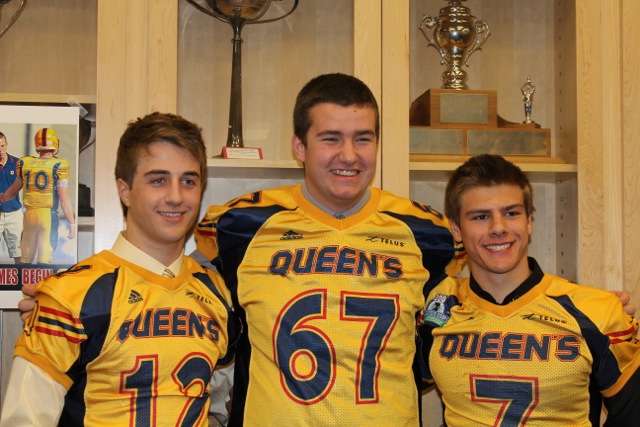 “It was awesome”, says Paul Stewart, President of the Bell Warriors Football Club.  Over 100 local football players ages 13-21 attended the inaugural TOUCHDOWN Advanced Football Skills Camp this past Saturday, April 19th at the Ben Franklin Dome.  “The outcome of the clinic was better than we could ever have hoped for.  This was a one-of-a-kind event that really ended up being a launch of the upcoming football season in Ottawa”, states Stewart.

The Bell Warriors Football Club were able to rent the entire Ben Franklin Dome (which doesn’t happen every day).  “It was a big commitment that we wanted to make the most of so we reached out to some respected football coaches in the community to evaluate their interest” observes Stewart.  First on the list was Ron Raymond, University of Ottawa QB Coach and Senior OVFL Head Coach for the Cumberland Panthers.  Ron was eager to volunteer as was Rodney Moors.  Rodney is the National Capital Amateur Football Association (NCAFA) Director of Non-Contact Programs and has won 12 Canadian Touch Football Championships as a player and coach.  “It was when I made my third “reach out” to Warrior alumni and Ottawa REDBLACKS 1st trade Justin Phillips of Stittsville that we knew we were going to host an event.  Justin responded by saying ‘I’d love to help coach and I’ll bring a bunch of my CFL buddies’.  That’s when we made the commitment to put on a region-wide football clinic and the rest is history” said Stewart.

To put on an event of this type of scale the Bell Warriors reached out to Elite Performance Academy (EPA) of Ottawa.  Owned by CFL alumni Pat Woodcock and Donnie Ruiz, and Munster resident and long-time coach Rob Hamm, EPA are renowned for training athletes of all ages to take the steps to the next level of competition.  EPA agreed to oversee each positional station and act as Camp Directors.  EPA reached out to some of their extended supporters and were able to get more volunteer coaches for the clinic.  Darren Joseph came to coach RB’s (running backs).  Darren is a 13 year CFL vet and still holds the CJFL Season Rushing Record from his days with the Ottawa Sooners.  Kevin Scott (6 year CFL vet) of the Ottawa REDBLACKS joined to coach Offensive Linemen and Long Snapping.  Dexter Ross, NCAA All-American and CFL vet, pitched in to coach Defensive Linemen while Steve Glenn (10 year CFL vet and 3 time All-Star) helped with Linebackers.  Justin Phillips lined up Ottawa REDBLACKS Full Back John Delahunt, 6 year CFL Offensive Lineman Jon Gott of the Calgary Stampeders and his team-mate Brad Sinopoli (3 years as a Wide Receiver and former Hec Crighton Winner with the University of Ottawa Gee Gees).  There was also a last-minute addition.  Drew Tate, Calgary Stampeder starting QB, gave up his Saturday night of the Easter weekend to give back to the football community.

“We have never put on an event of this scale before and it was clear from the start that the football community was on board to make this event a success.  We wanted to have a first-class advanced football skills camp that would be accessible to all.  ‘Football for All’ is a driving mandate with our club.  We charged only $20 per player for two hours to learn from the pros.  We had players as far away as Alexandria, Pembroke and Kingston attend the camp that shows the need for a clinic like this in the region.  When the event was over, the entire group went over to the side of the dome to listen to some truly inspiring messages from the pros, sign some autographs and get some pictures taken”, said Stewart.  When asked if the Bell Warriors would consider making the non-profit TOUCHDOWN Skills Camp and annual event, he didn’t hesitate.  “We can’t wait. You better believe that this will be an annual event on the football calendar”, concluded Stewart.

Since 1955, the Bell Warriors Football Club has offered football programs for boys and girls ages 8-16 in the communities of Britannia, Bayshore, Bells Corners, Richmond, Munster and Stittsville. For more details on how you or your business can show your support for the Bell Warriors Football Club, go to the Sponsorship Opportunities page at www.bellwarriors.ca or email president@bellwarriors.ca. 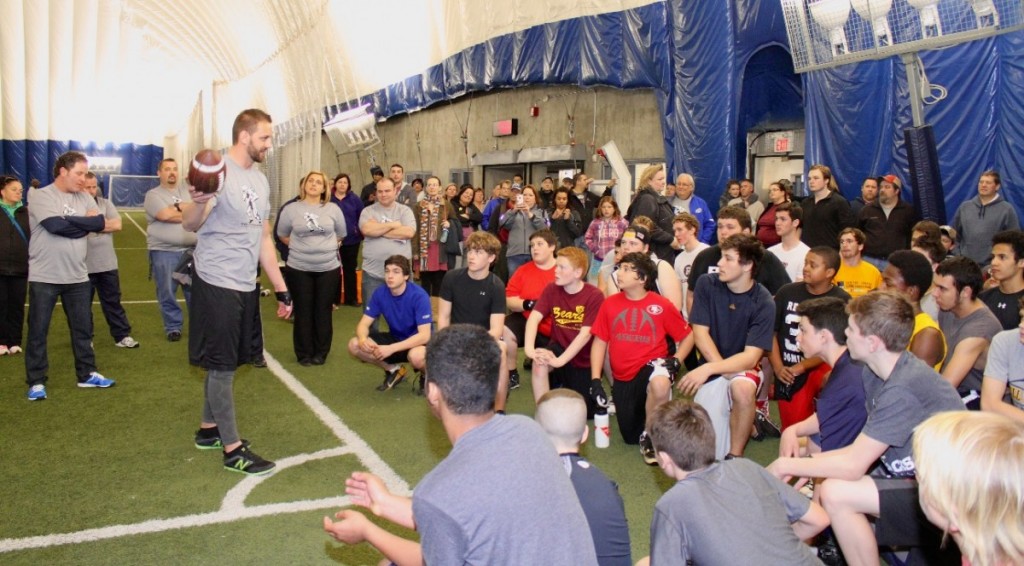 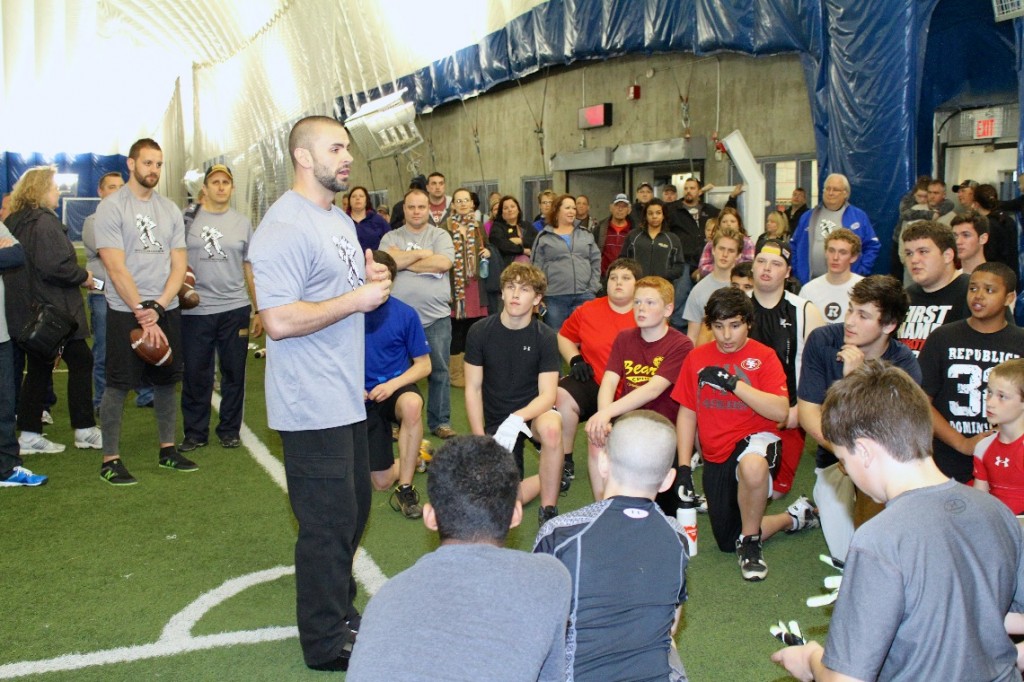