Happy New Years to our Warriors Family.  Here is to a great 2017! 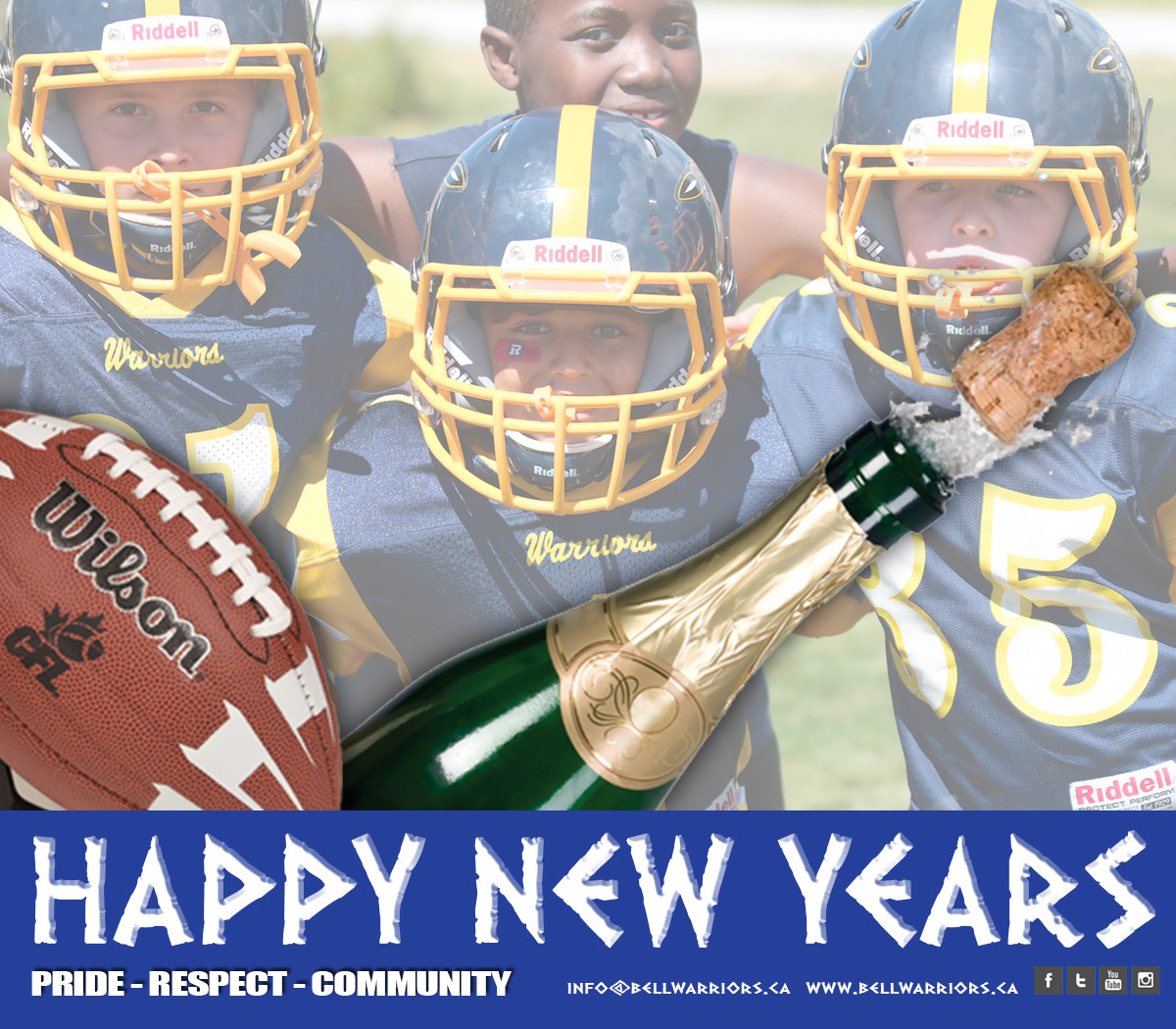 Thank you for all you do for our club and our Warriors.  Our success is a product of all we put into our program. 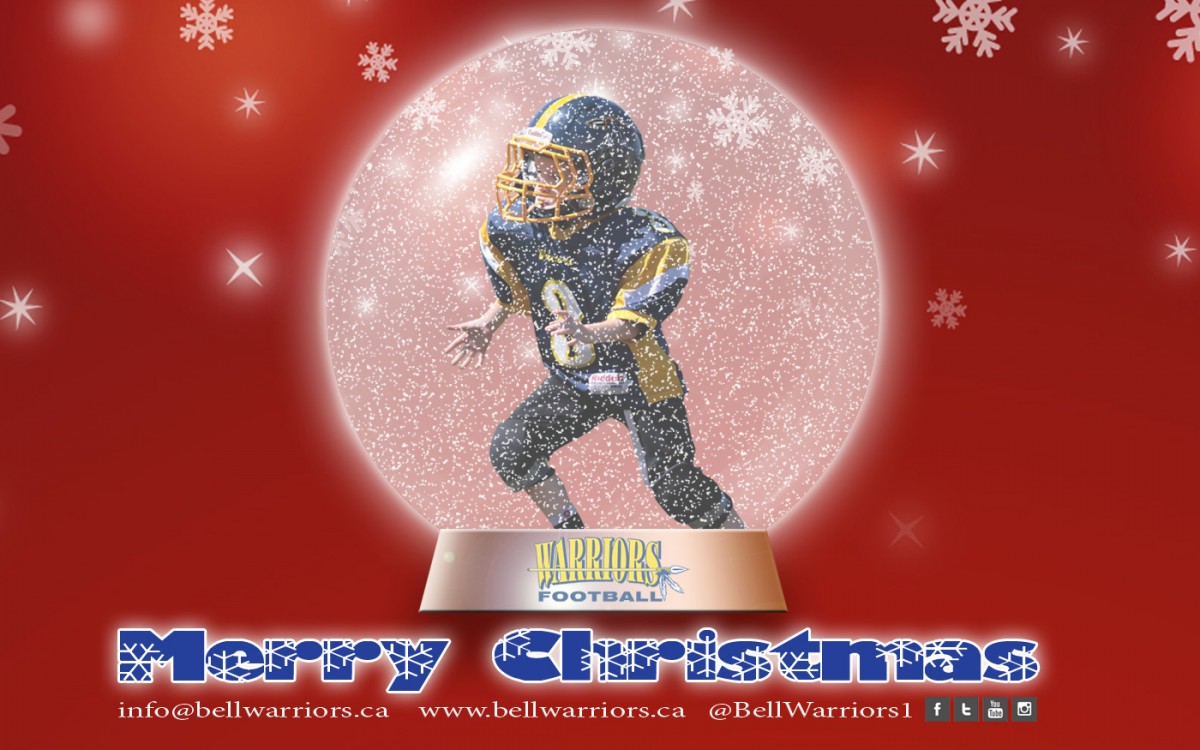 NCAFA Press Release:  our league held a vote this past week to discuss re-aligning our age groups as part of a plan to grow our sport while aligning with Football Canada direction.  The league understands that this will have many long-term benefits but it will affect families & volunteers especially in this upcoming transitional year.  The league will be gathering feedback from league Presidents and the league’s Officials Association to use as the backbone our our 2017 Implementation Plan.  A report will be tabled at January’s NCAFA Board meeting.  We will communicate the Implementation Plan as soon as details are available.  If you have any questions, please email president@bellwarriors.ca. 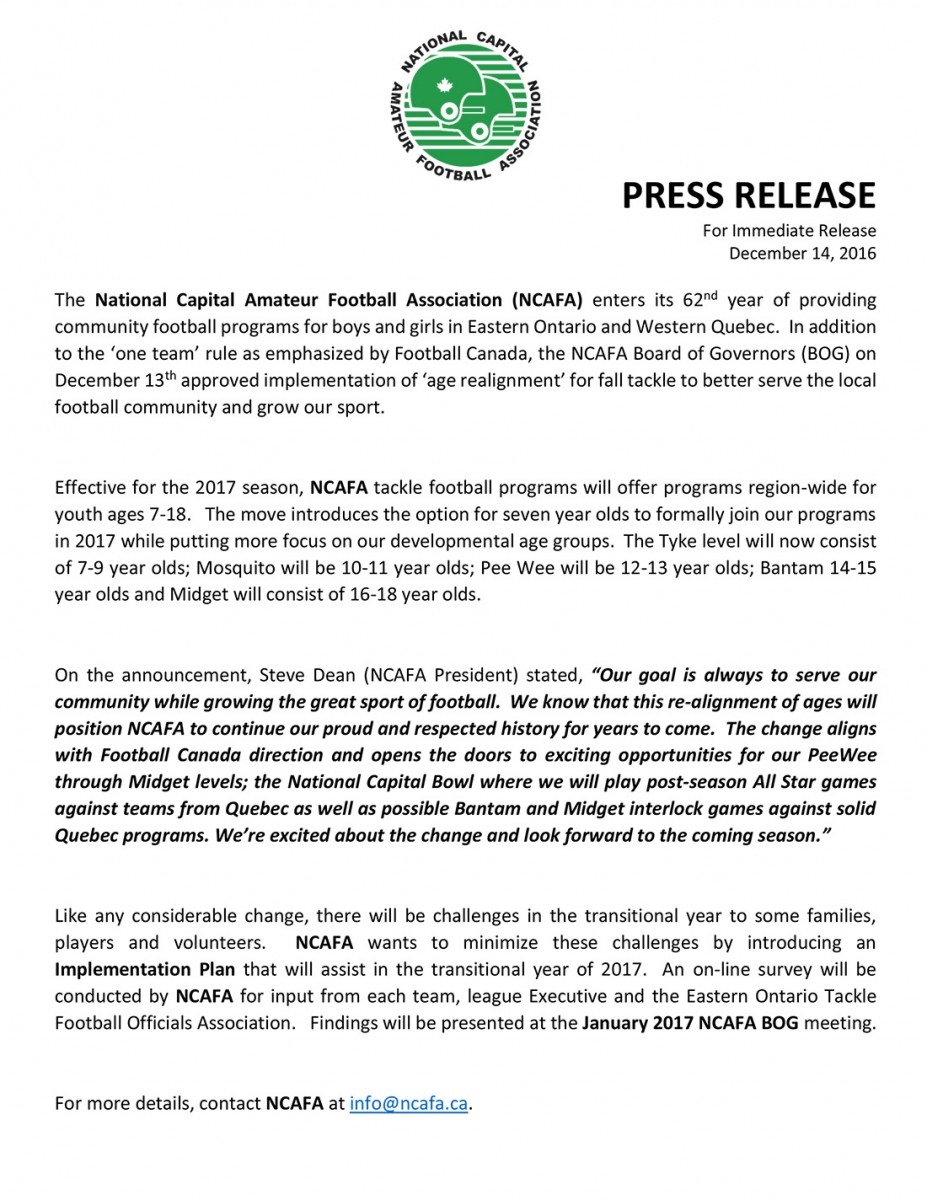 Diane Forsyth, whose husband Geoff is the head coach at our Mosquito level, spent over 100 hours last fall making a hand-made queen-sized quilt which she has aptly named “Warriors Pride“.  Blazen in Warrior colours, this magnificent keep-sake was independently appraised at $1,000!

The quilt was donated to the Warriors last Christmas to help raise funds to offset player fee shortfalls and the Warriors sold raffle tickets for it all season.  “The support for the raffle was fantastic.  I think the club and community recognized the effort it took to make this quilt and wanted to make sure that our fundraiser was a huge success….and that it was!  At the recent Volunteer Appreciation Night, Warriors’ VP Dan Crabtree announced that over $1,400 had been raised with the raffle!  We couldn’t be happier with the way the raffle went” states Paul Stewart, Bell Warriors President. 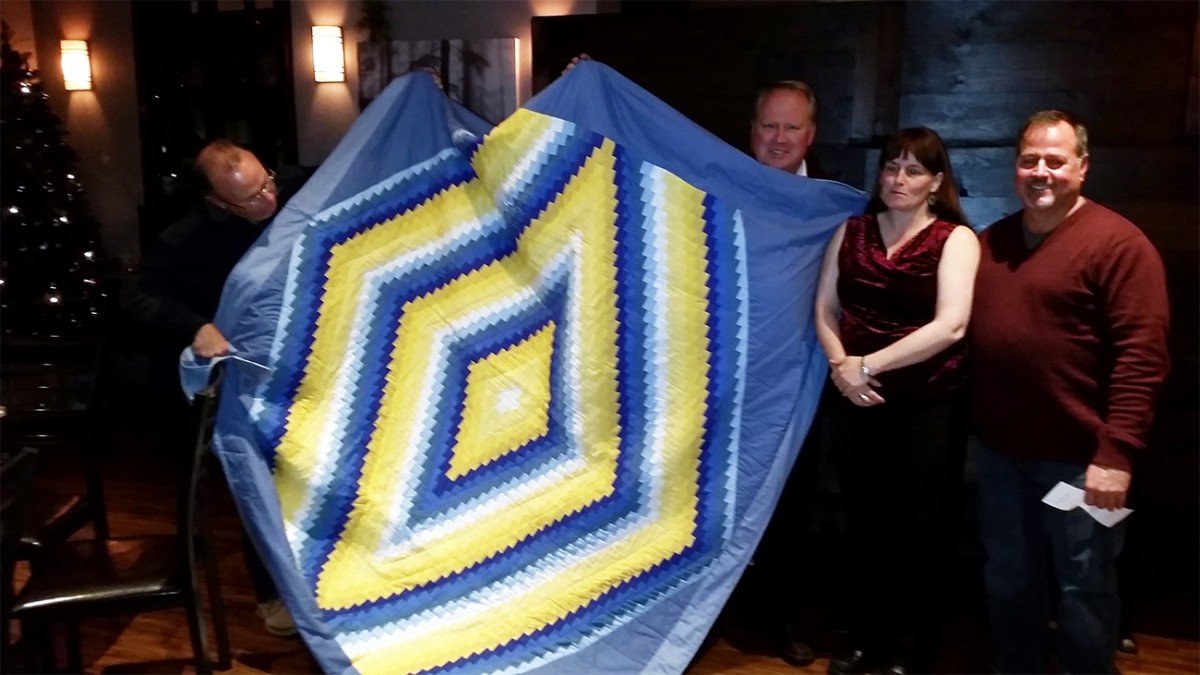 From L to R: Tim Sheahan (VP of Operations), Paul Stewart (President), Diane Forsyth (who made and donated the quilt aptly named ‘Warriors Pride’) and Dan Crabtree (VP of Finance)

The winner of the Warriors Pride quilt raffle was none other than the long-time head coach of our Tyke team, our 2015 Volunteer of the Year Brian Patterson.  CONGRATS Brian and we can’t thank you enough Diane for your kind and thoughtful support of our Warriors. THANK YOU! 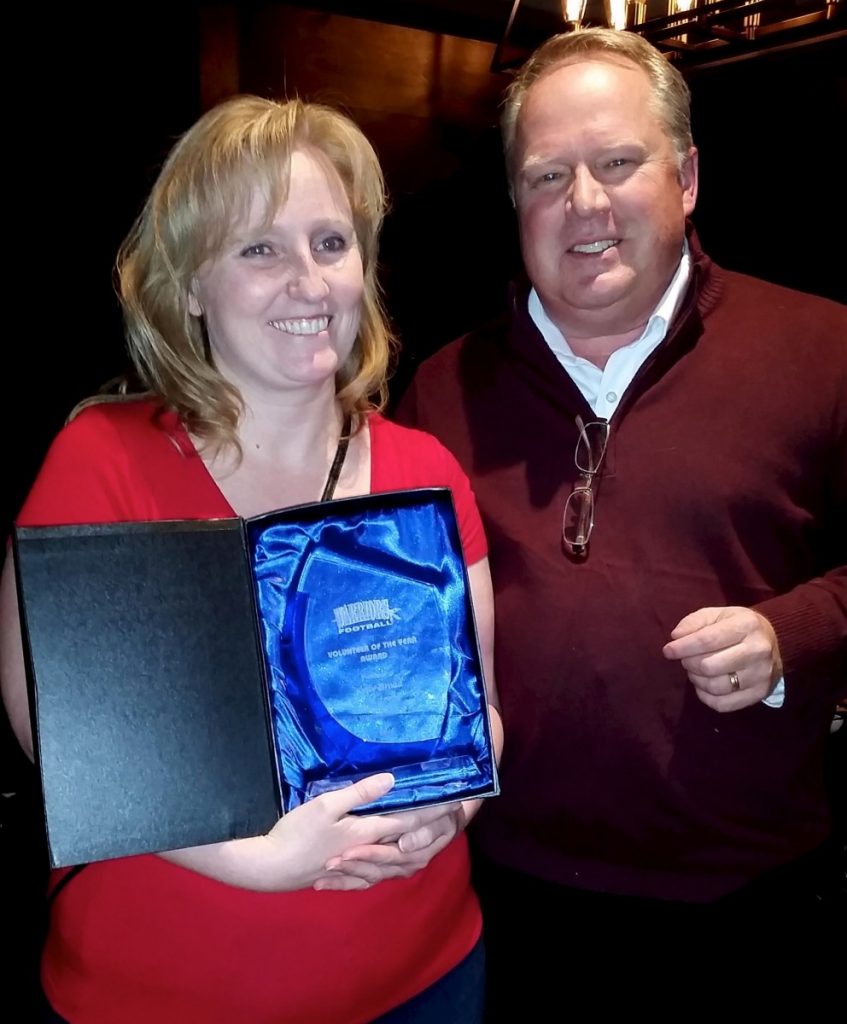