BRING ON THE SEMI-FINALS!

Our Mosquito team is finally back in action this weekend after a bye week last week.  They’ll be joining our Tykes, Pee Wees and Bantams who will be all be competing in this weekend’s NCAFA sudden-death Semi-Finals.  This week’s game for our Tykes will be a sudden-death game to be able to proceed to the C-Cup finals.  They’ll be competing at Garneau High School at 9:00 (Tyke game details) vs the Orleans Bengals. 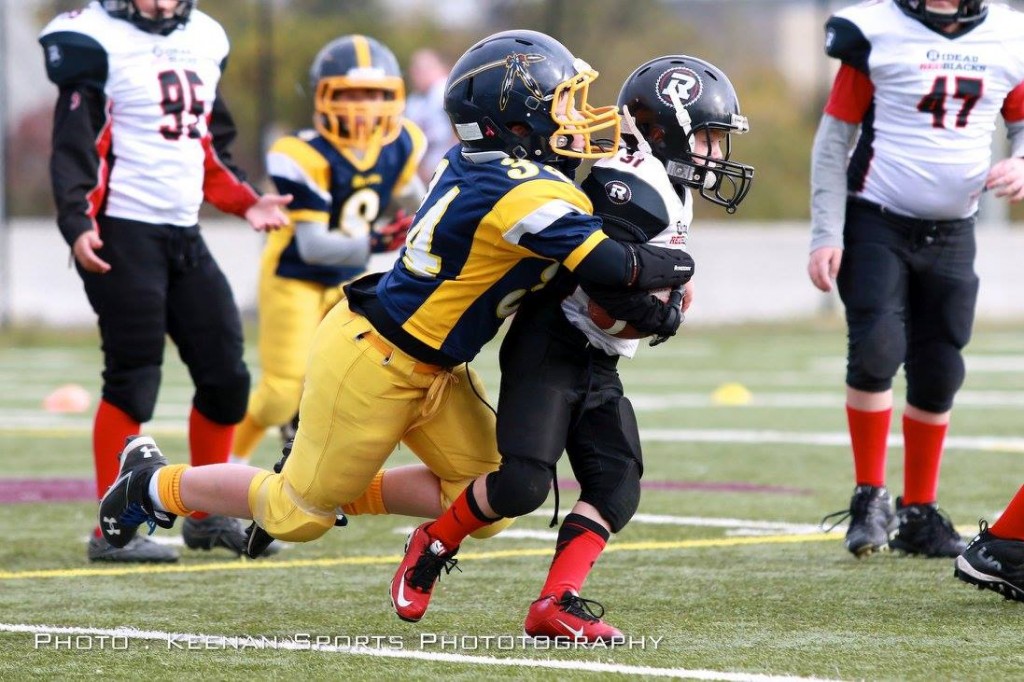 Tyke Captain Ryan Morissette has been a stand out LB all year!

At the same location and on the same day, the Warriors Bantams will be looking for a better outcome than last week’s disappointing loss vs the Rideau Redblacks.  Our Bantams will be facing the dynamic Orleans Bengals at 1:00 p.m. (more game details).  This will be a battle for the right to compete in this year’s B-Cup.  You won’t want to miss this one. 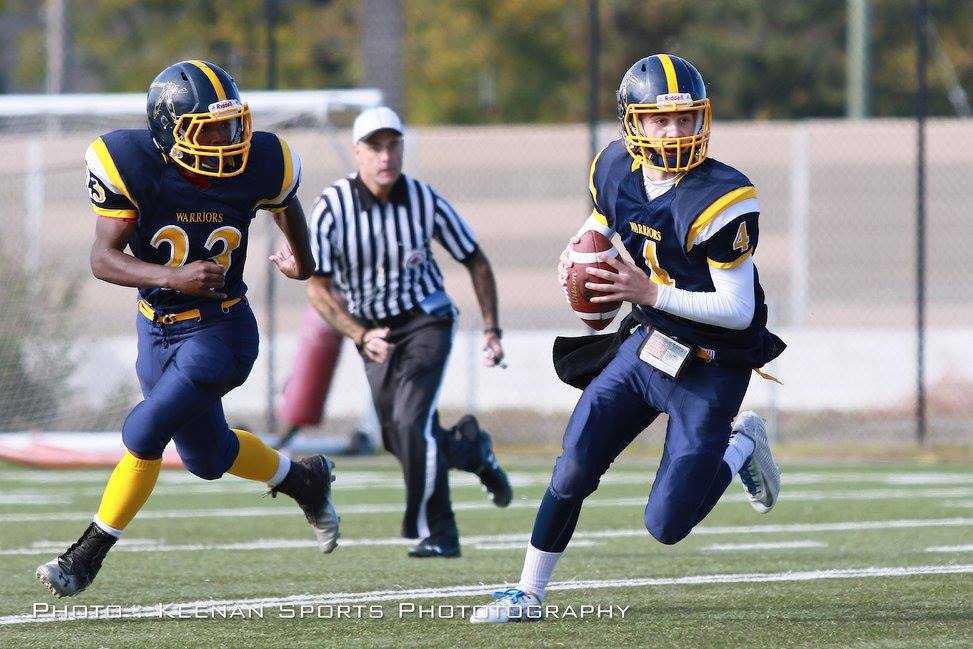 Our Mosquitos compete for the right to go on to the C-Cup next week on Sunday, October 25th at 9:00 at the Sportsplex against our cross-river rivals the Gatineau Vikings. 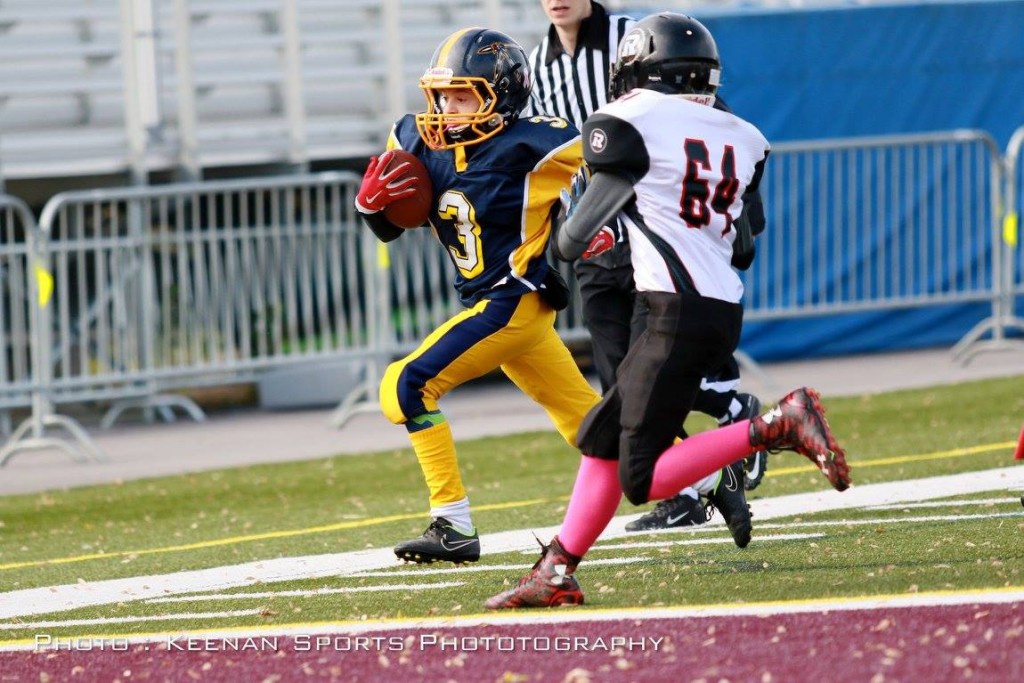 Standout Mosquito RB Andrew Howatt has been doing this all year!

Our Pee Wee club fights for their right to compete in next week’s A-Cup on Sunday, October 25th at 11:00 a.m. also at the Nepean Sportsplex against the 6-2 Orleans Bengals (more game details).  Our Pee Wees are the NCAFA Western Conference Champions this year.  The 7-1 Warriors won the conference title for the second straight year and for the 5th time in the past 6 years!  The Bengals will be a tough match-up but with your cheering, we’re sure they’ll get it done and advance to next weekends championship. Let’s go Pee Wees! 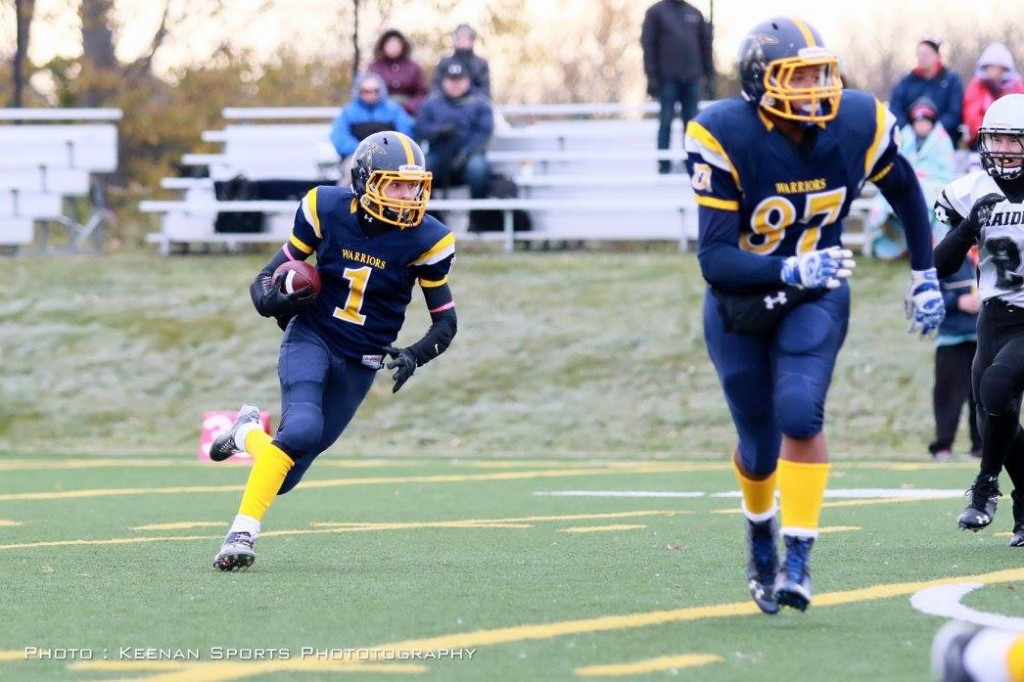 RB #1 Jake Papalia has been a leader all year. Being led here by 1st year Pee Wee Trey O’Brien.

Our sister club at the Midget level (17-19 year olds) the 6-2 Bel-Air Norsemen will have their semi-final playoff against the South Gloucester Stampeders at the Sportsplex at 8:15 p.m.  They hope to repeat their regular season performance against the Stamps which saw the Norsemen win 17-0 .  Go Norsemen! 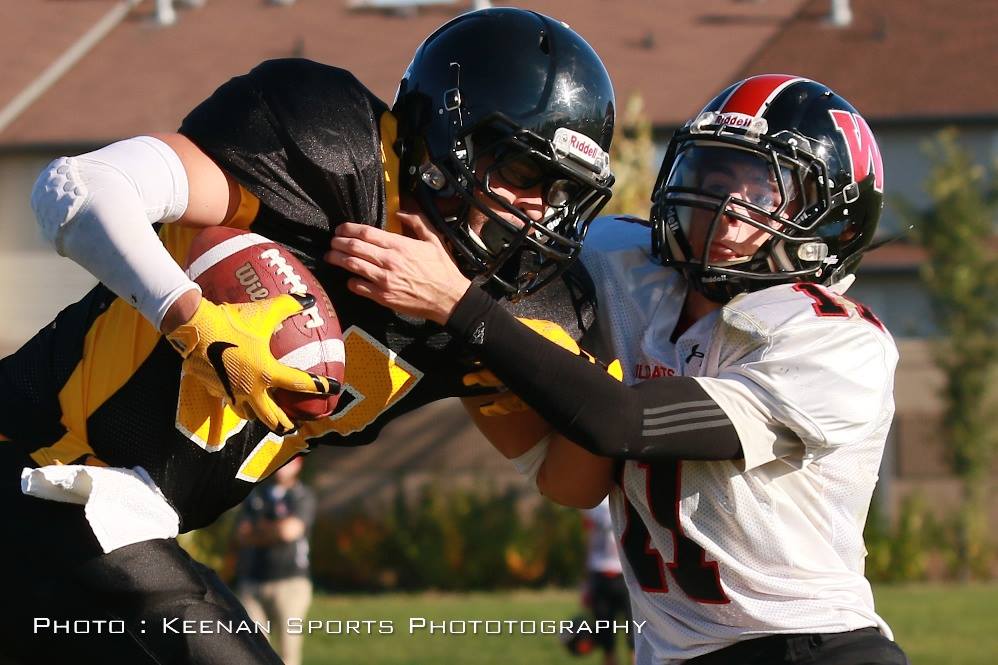 Get rested up and be ready to cheer with all you’ve got Warriors!!! GO WARRIORS!!! #Warriors4Life