You’ll likely remember our story about this year’s 2X Bell Warriors Jim Wagdin Scholarship winner Stefano Napolitano.  We finally were able to meet up with Stefano at a recent Bell Warriors game.  He was about to go into his last game ever with the Carleton Ravens and he talked of his football journey from his days at Tyke with the Warriors to his final year with the CIS Ravens club.

Stefano certainly exemplifies everything we look for in our Warriors alumni and he led by example again this day.  As we presented Stefano with his scholarship cheque, he produced a cheque of his own to give back to the Warriors.  The cheque, which is held by our President, was to go to our fund for players who are financially challenged and have difficulty paying their player fees.   Ladies and gentlemen, we are proud to announce that Stefano Napolitano is our most recent Friend of the Warriors Sponsor! 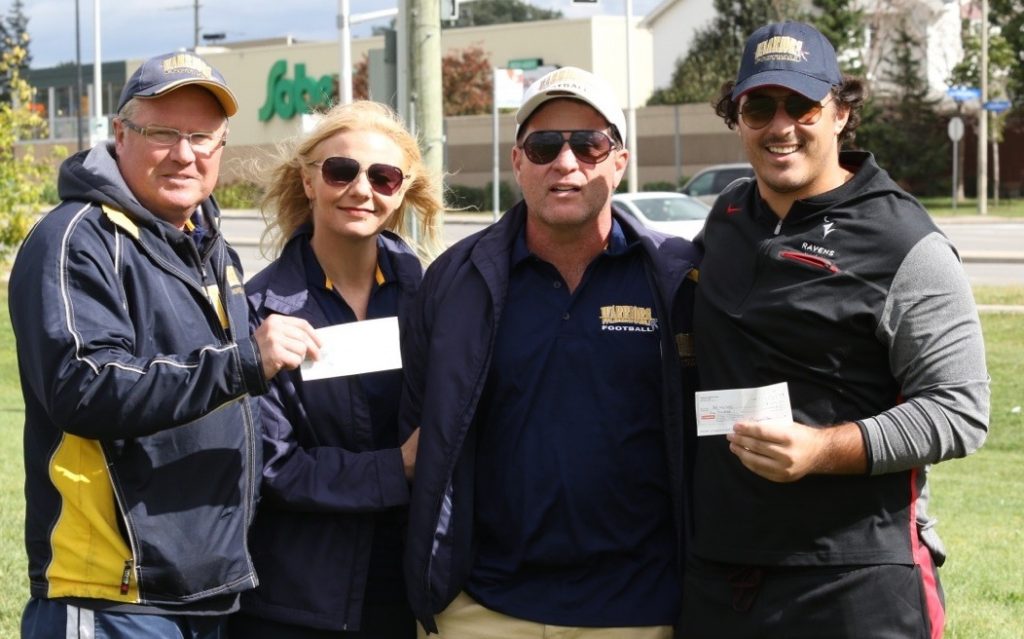 “I’ve known Stefano since he was a very young man.  He played ball with one of my boys and I have never known him to be anything but thoughtful, generous, respectful and giving of his time.   The fact that he has now given back with his own money to our players in need says so much of the man he has become.  He is a truly class act” ~ summarizes Paul Stewart (Bell Warriors President).