The Bell Warriors Football Club are celebrating our Diamond Anniversary this year and used the occasion to introduce our inaugural Homecoming Day.  “60 Years of giving back to our community by mentoring our youth is quite an accomplishment“, observed Warriors President Paul Stewart.

All four Warriors tackle teams competed against the Rideau Redblacks (of Brockville) on the new turf field at the University of Ottawa Lees Campus Sunday, October 4th.  It gave a chance for Warrior friends and families to celebrate this great milestone and what better way to do that than by cheering on our young Warrior teams.  As part of the special day, the Warriors raffled off a pair of Sens tickets at each game.  These had been very generously donated by former Warrior player and coach Chris Hyndman.  Collections were taken throughout the day in support of Breast Cancer Awareness Month with close to $200 being raised for the Canadian Breast Cancer Foundation. 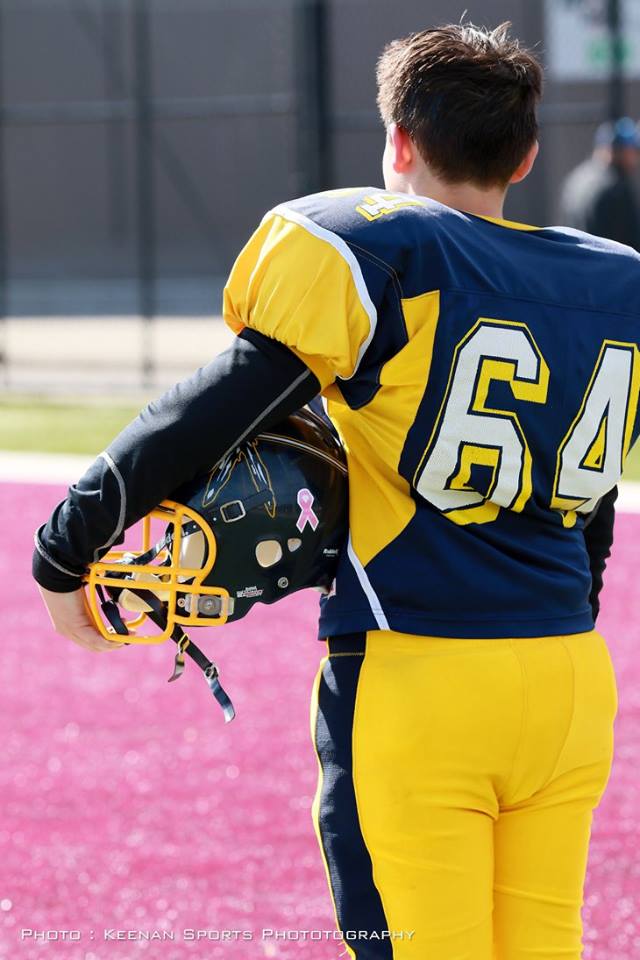 #ThinkPink in support of October being Breast Cancer Awareness Month. 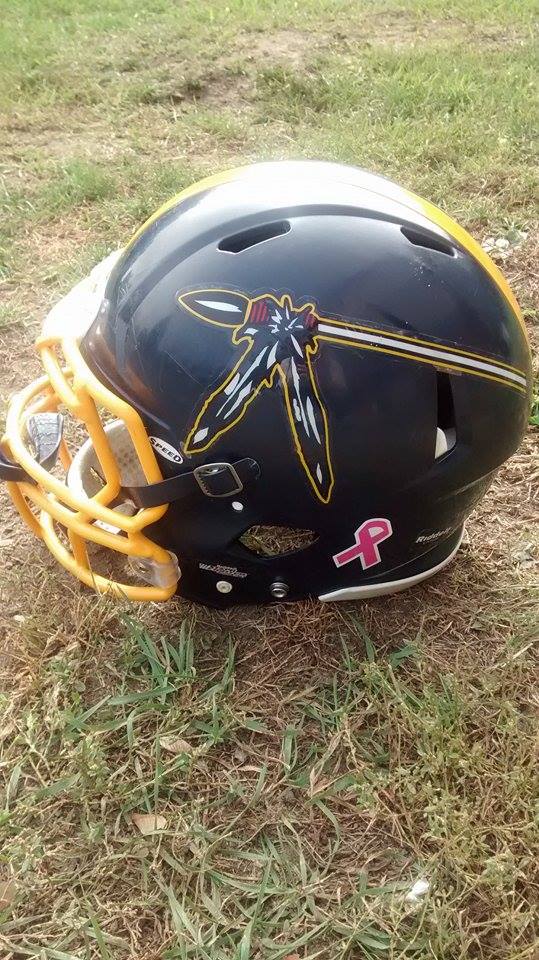 All of our Warriors will be showing their support for Breast Cancer Awareness Month with pink ribbons on their helmets this October. #ThinkPink

At half time of the 3rd game, the Pee Wee game, a special presentation was made by City of Ottawa College Ward Councillor Rick Chiarelli of a signed Ottawa REDBLACKS Justin Phillips jersey.  The jersey was given with the intent that it would be used to help raise badly-needed funds for the Warriors football program.  Justin Phillips is a Warrior Alumni himself which gives added significance to the presentation of his signed jersey.  Mayor Jim Watson sent his best regards stating, “I want to convey my best wishes to the Bell Warriors Football Club for a successful diamond anniversary year.” (Mayor Jim Watson’s entire message) 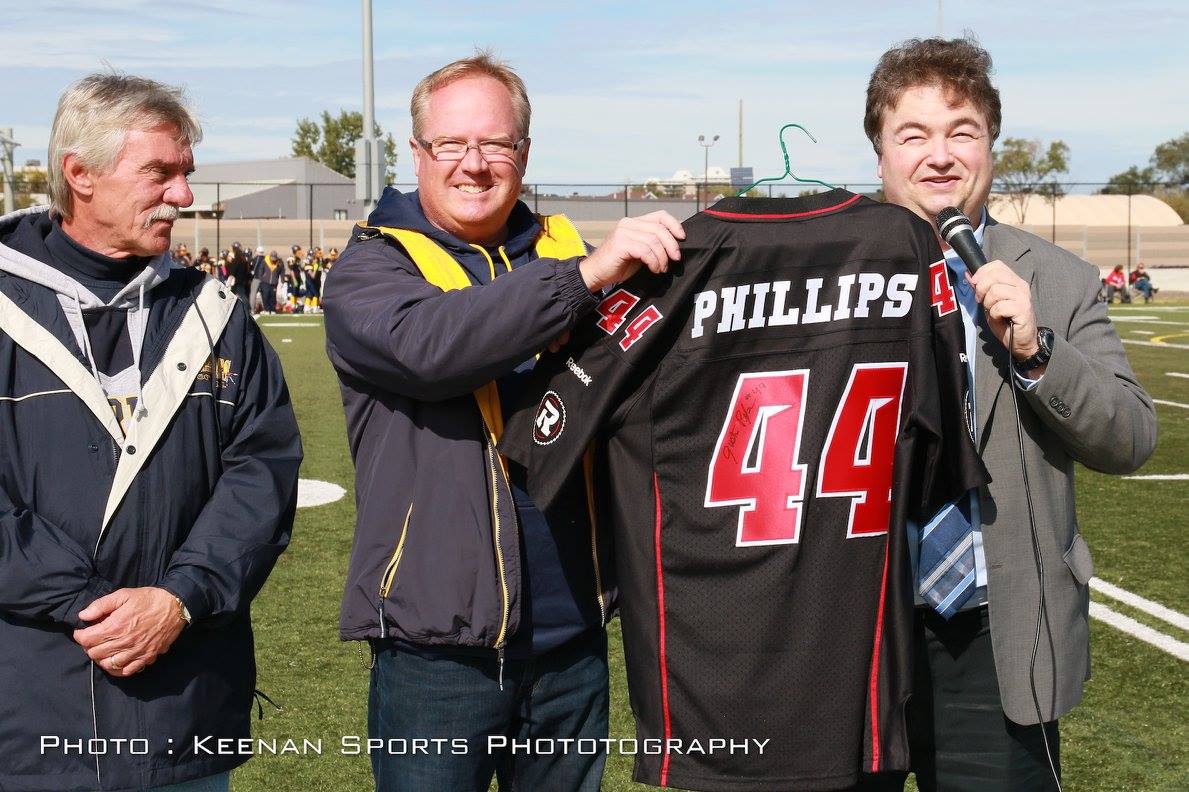 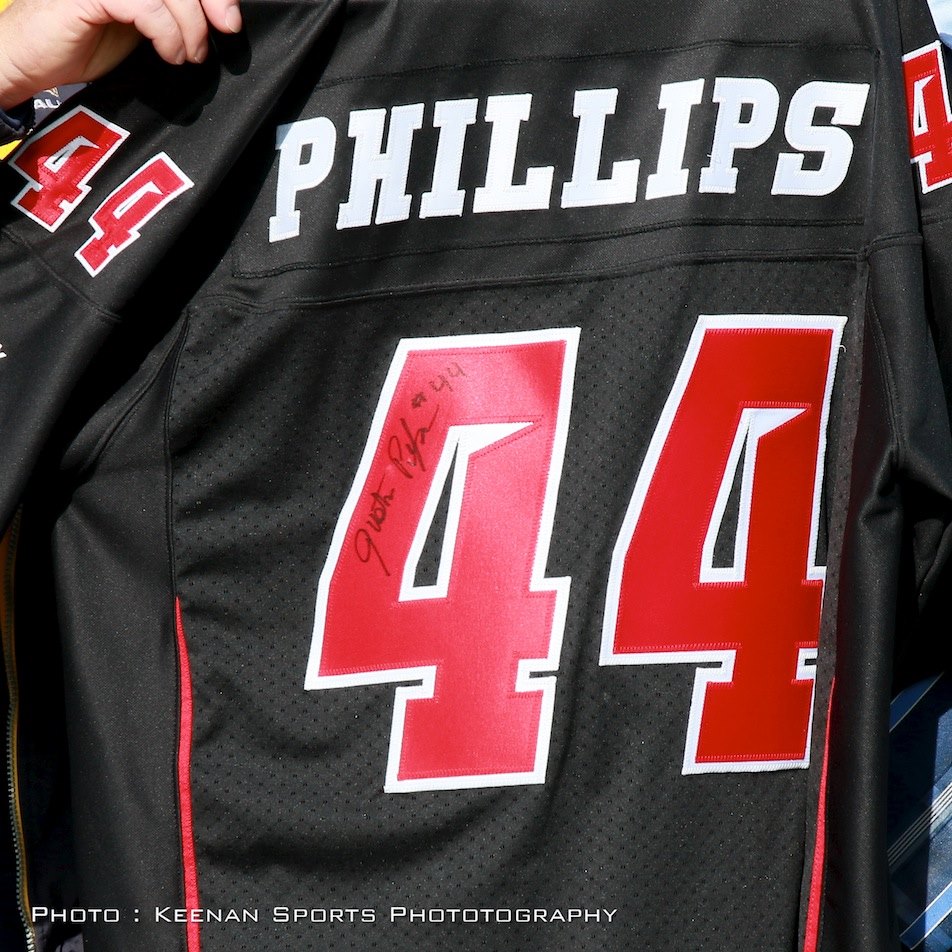 Warrior Alumni and current CFL pro Justin Phillips of the Ottawa REDBLACKS signed jersey which was donated to the Warriors. Thanks @JPhil44!

The Ottawa REDBLACKS Cheer Team and of course the REDBLACKS mascot Big Joe were a big part of the day-long celebration. 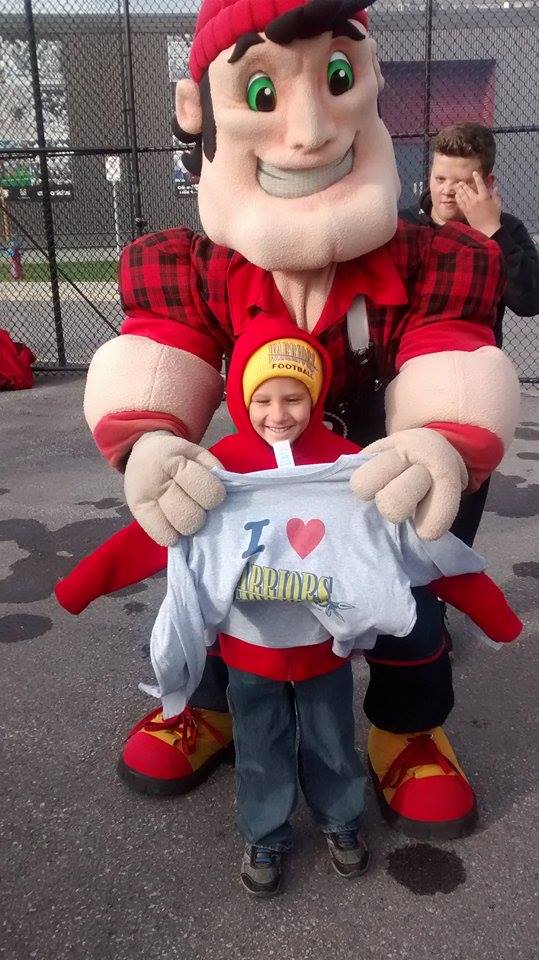 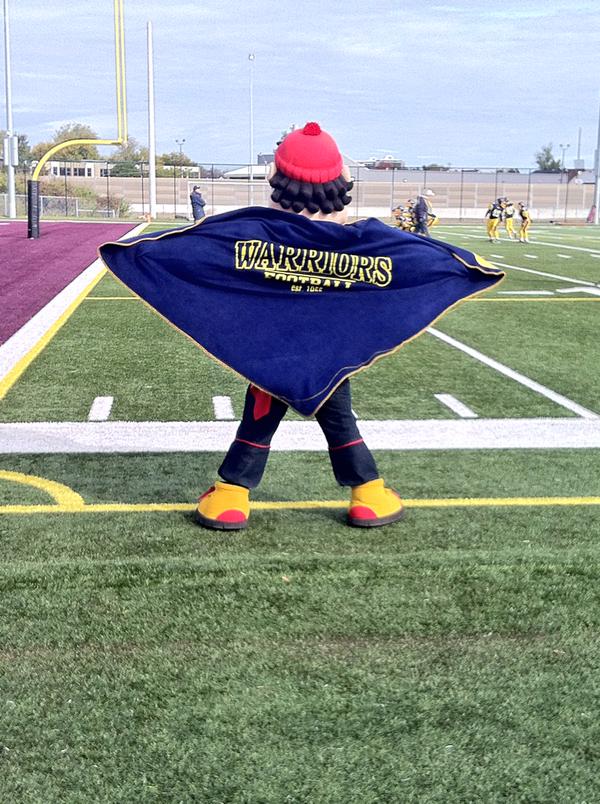 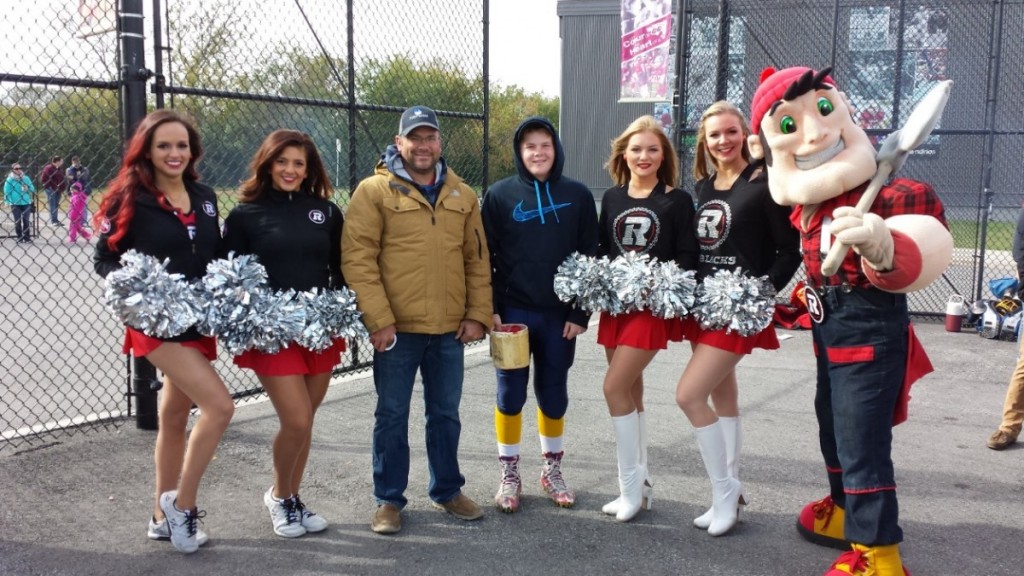 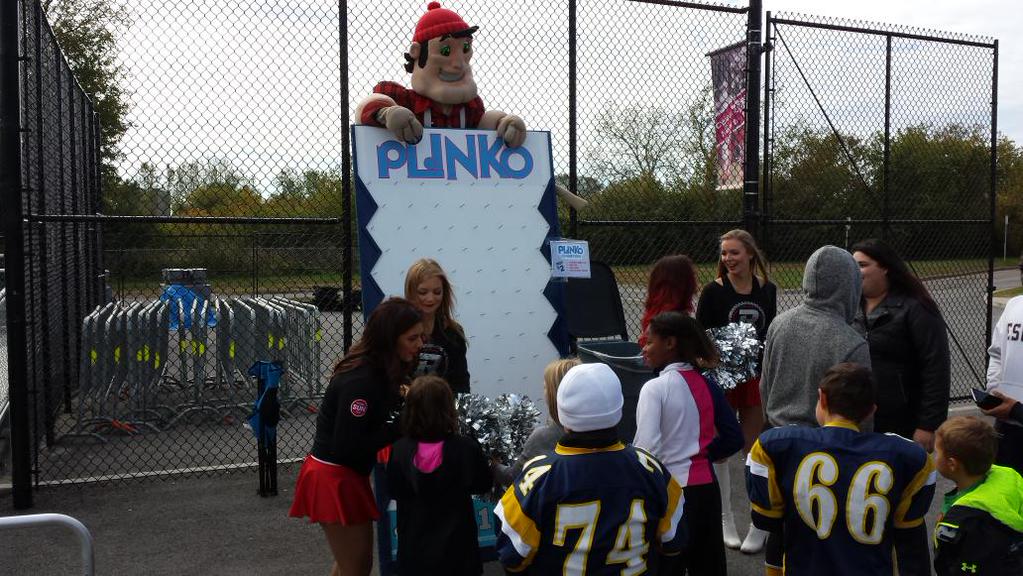 Plinko was a big hit and having the Ottawa REDBLACKS Cheer Team helping out didn’t hurt. 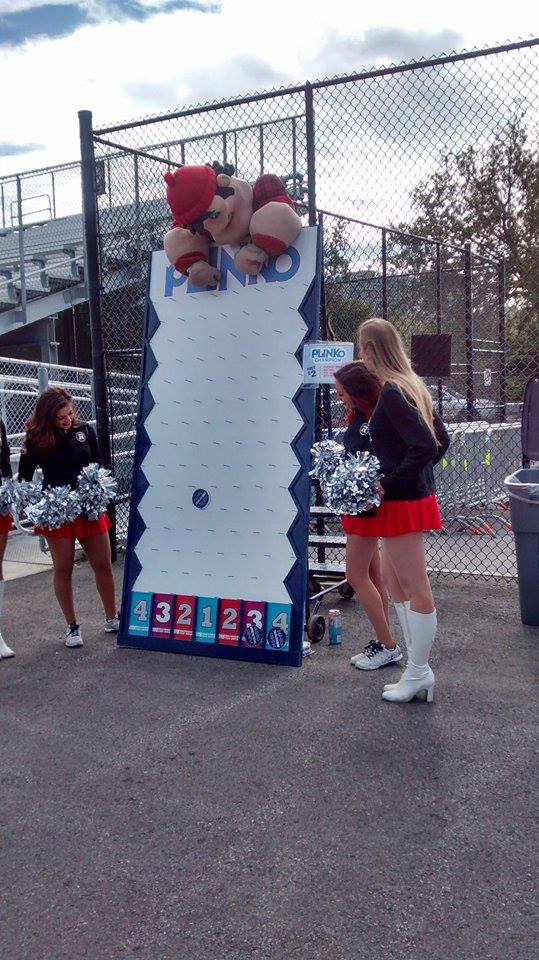 Even Ottawa REDBLACKS mascot BIG JOE got into our Plinko game. We think he won a canteen treat.

Our tykes competed in a nail-biter which ended up with a 6-0 loss.  Our Mosquitos came out with an impressive 24-6 win.  Our Pee Wees continued their undefeated season with a very convincing 64-0 win.  This clinched the NCAFA Western Conference Championship for the 2nd straight year and 5th time in the past 6 years!  Our Bantams fought a tough battle and were leading 10-8 at the half against a massive Rideau team.  A blocked field goal that led to a Rideau touchdown proved to be the difference in a disappointing 22-10 Warriors Bantam loss.  Wins and losses aside, it was a fantastic fall day of competition, sportsmanship and team work. 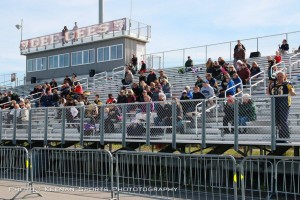 What a fantastic facility and big thanks to Stephane Tessier for being our M.C. and DJ today. 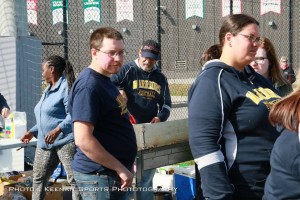 Our tremendous canteen team who put in a 10 hour day! THANK YOU GANG!

Our canteen team is second to none. Providing great food, raising money and giving everyone at our games a pleasant impression of what the Warriors are all about. THANKS GANG!!! 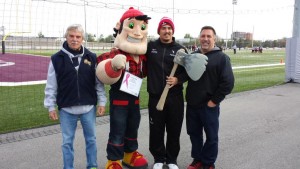 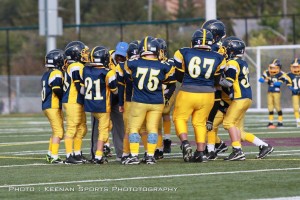 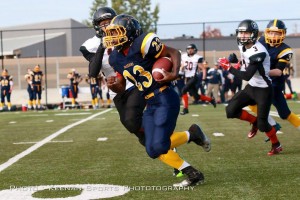 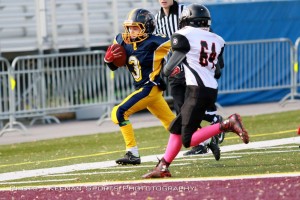 Mosquito Andrew Howatt is all heart on every run. 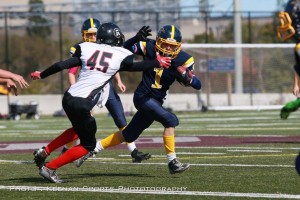 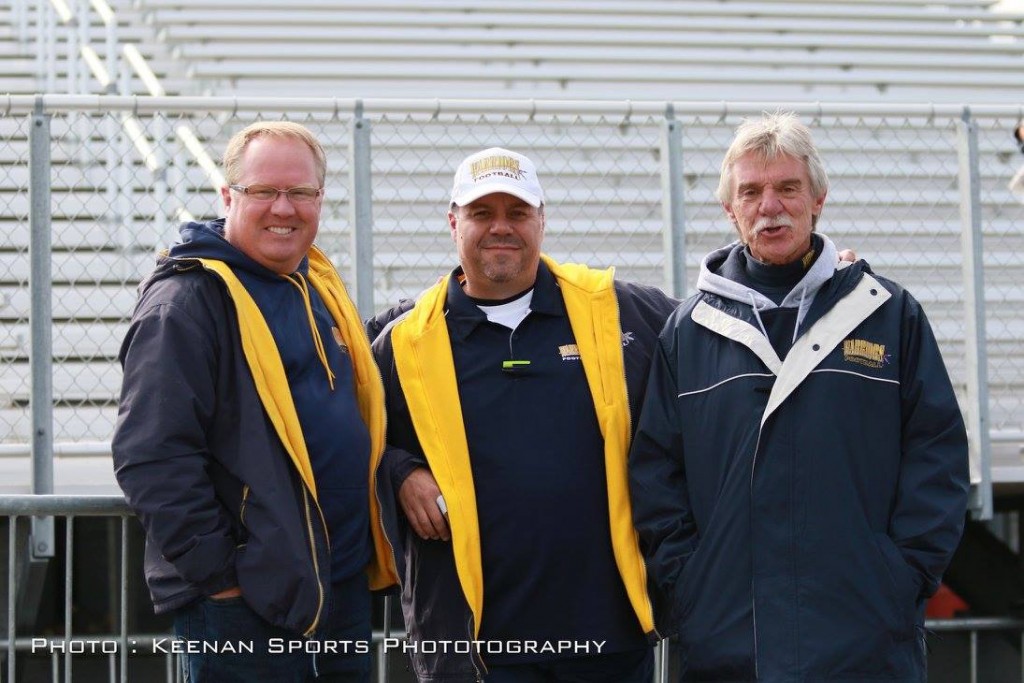 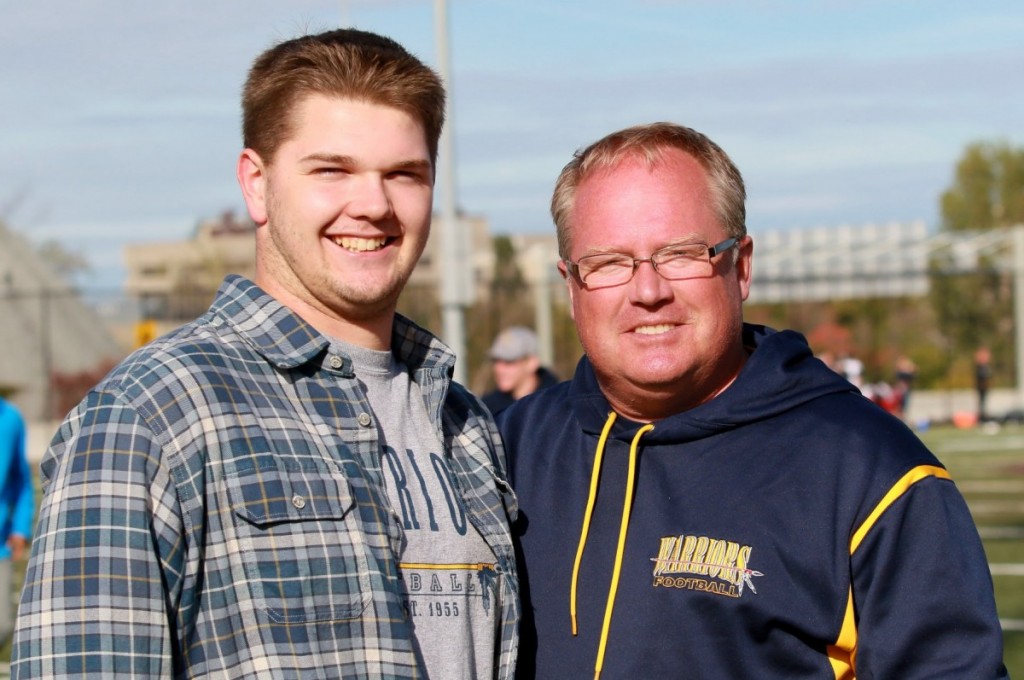 Thanks for coming out to show your support for our 60th Anniversary Warriors Homecoming Day!