Mr. Rice spoke on behalf of the United Way outlining the purpose of the United Way Community Builder Program.  “The United Way Community Builder Program honours individuals who work tirelessly, passionately and collaboratively to make Ottawa a better place in which to live, work and raise a family.  Tim Sheahan is a very deserving volunteer,” stated Mr. Rice.  He continued by summarizing ‘Coach Tim’s’ nomination letter which outlined ‘Coach Tim’s’ year’s of commitment to his community, the Warriors players and families.  In accepting the honour Tim Sheahan said, “The Bell Warriors mean a great deal to me and my entire family . We got hooked 10 years ago , and we still have a love affair with the club. Today was a special day for me and my family and I want to thank you all for your honour.  Thank you so much for the acknowledgement.” 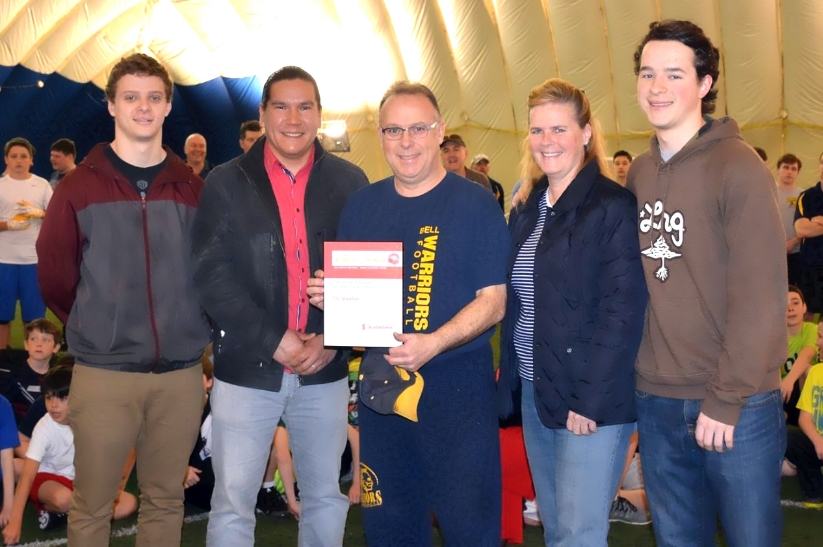 CONGRATULATIONS TIM!  Keep setting an example for our young players!