The Bel-Air Norsemen are the 2015 NCAFA Midget Champions!!!

The Championship was a rematch to avenge the two earlier games that the Norsemen had lost against the Nepean Eagles during the regular season.  Although standout receivers Dilan Parry and Malcolm Turgeon (both Warrior alumni) were unable to play, the Norsemen came committed and were rewarded with an impressive 11-6 win.

The Norsemen controlled the ball throughout the first half but weren’t able to finish until midway through the 2nd quarter on a one yard plunge by Norsemen Captain and QB Quinn Stewart (Warriors alumni) to put the Norsemen up 7-0.  Quinn Stewart went down with an injury soon after the score, and although he was able to stay in the game as a wide receiver, back-up QB Jack Rabb (also a Warrior alumni) had to take the majority of the snaps for the rest of the game.

In the third quarter, wide receiver and place kicker Tyler Gray added insurance with a missed field goal for a point and another successful field goal in the fourth to put the Norsemen up 11-0.  The Eagles were able to get 1 TD in the final minutes of the game on a long bomb but it wasn’t enough against the stifling Norsemen team.  Head Coach Tony Violante said after the game that, “We came to conquer and we dominated in every facet of the game.” 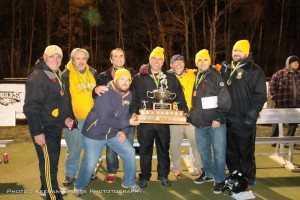 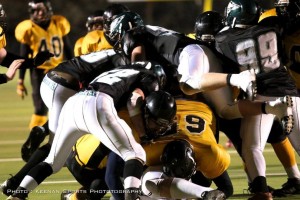 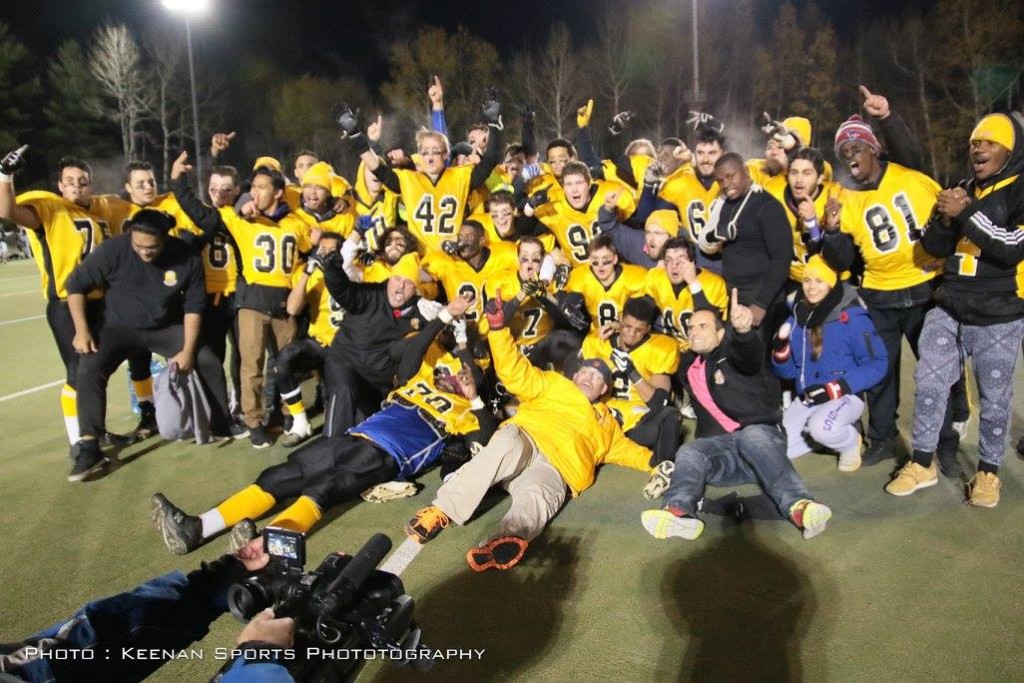 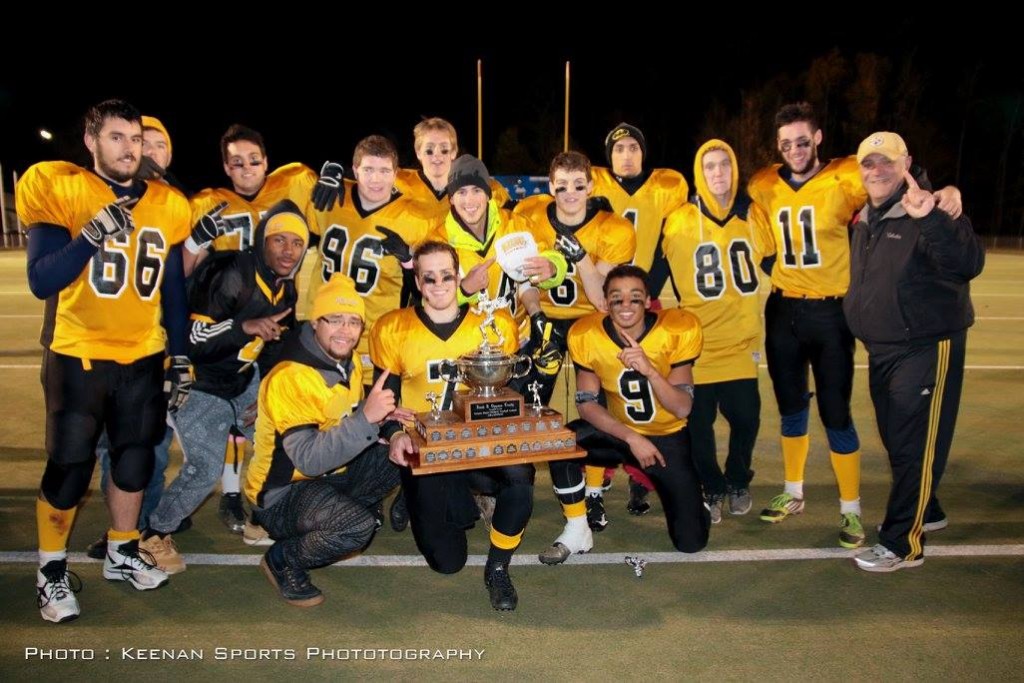 At the Midget level (17-19 year olds), the Warriors partner with our neighbours at Bel-Air to field the Bel-Air Norsemen.  The Norsemen are filled with Warrior alumni and took to the field against the Nepean Eagles (which is a partnership between the Eagles and Myers Riders) Friday, October 30 at 8:15 p.m. at the Nepean Sportsplex.

Big CONGRATS to the Bel-Air Norsemen, head coach Tony Violante and his staff on the impressive win!