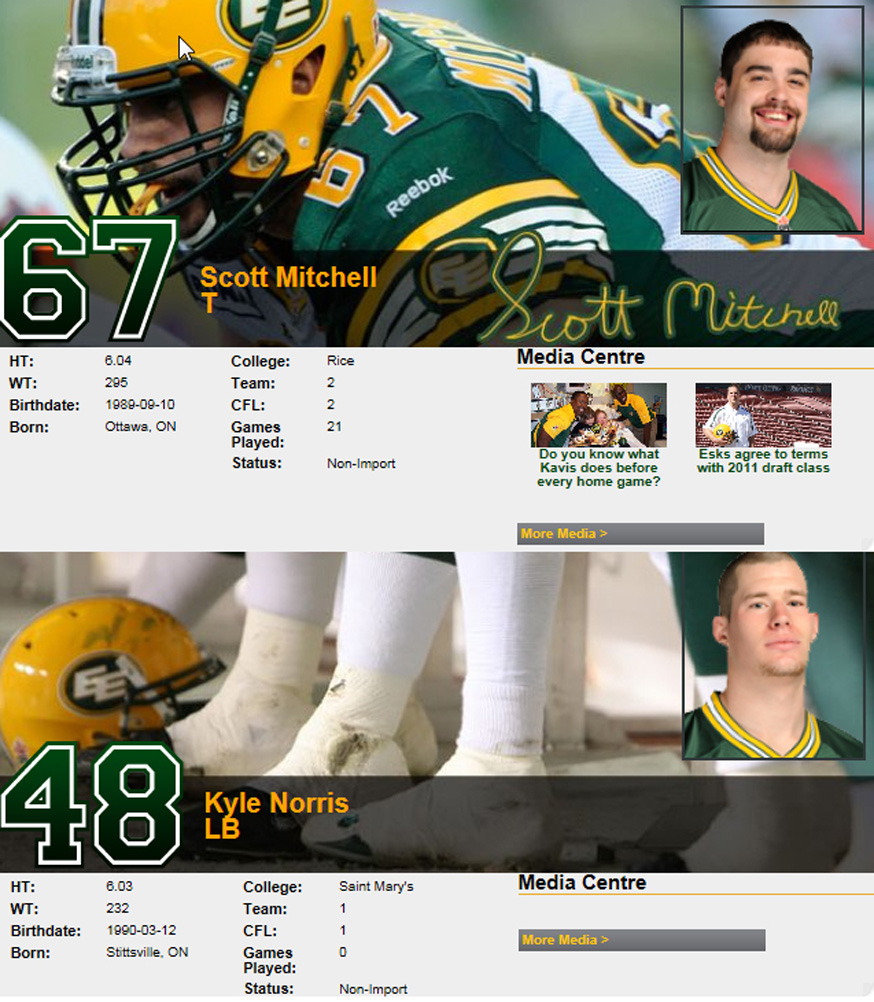 The Bell Warriors Football Club were part of a 200+ player contingent representing the National Capital Amateur Football Association (NCAFA) at the launch of Ottawa’s new CFL franchise – the Ottawa Red Blacks.  15 Bell Warrior players joined Warriors President Paul Stewart to represent the local football club at the Ernst & Young Centre Saturday afternoon. More than 3,000 were on hand to celebrate the return of the CFL to Ottawa.

“It was a phenomenal event. I’m sure there has never been anything quite like it in Ottawa.  Even league the CFL Commissioner Mark Cohen was caught off guard by the resounding support shown by local football and CFL supporters.  Our 15 Warrior players will never forget it.” – Paul Stewart, Bell Warriors President 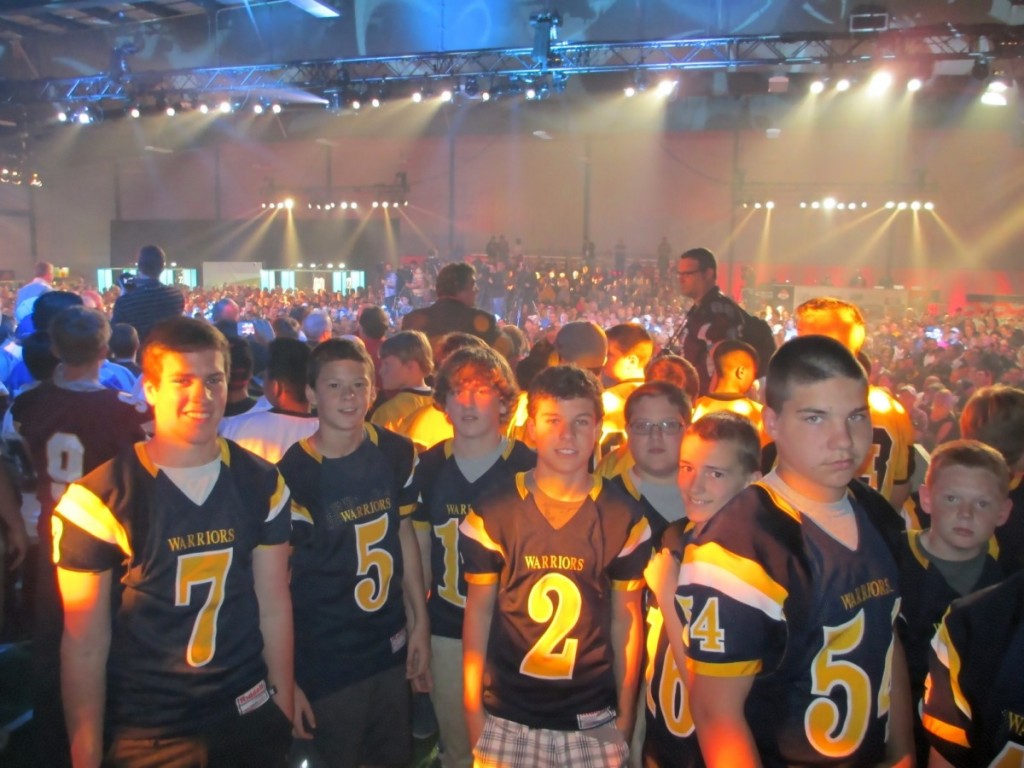 The Warriors also made the most of the opportunity to approach Ottawa Rough Rider and Renegades alumni to sign CFL footballs to help raise important dollars for the football club. “We’ll be offering up the signed memorabilia at our Bell Warrior Silent Auctions in January.  In addition to signatures from ex-CFL greats like Russ Jackson, Jerry Organ, and Tony Gabriel, Ottawa Red Blacks GM Marcel DesJardins and co-owner Jeff Hunt signed to show their support of NCAFA, the Warriors and amateur football. It was a huge day for our city and the football community”, continues Mr. Stewart. 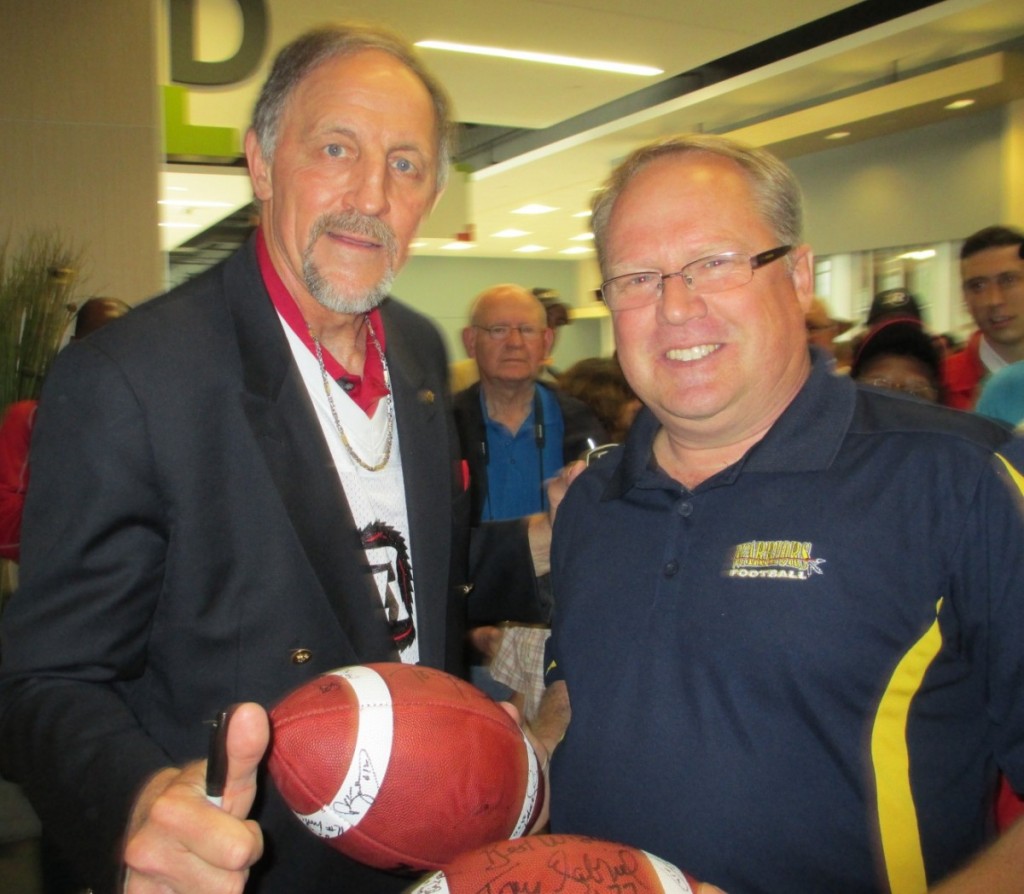 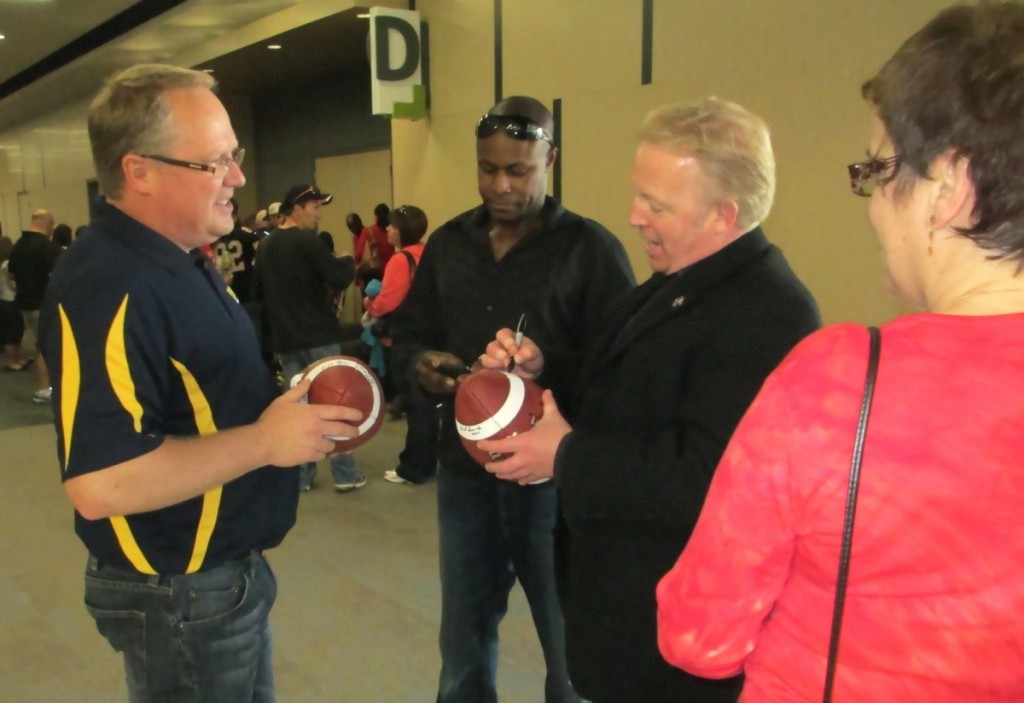 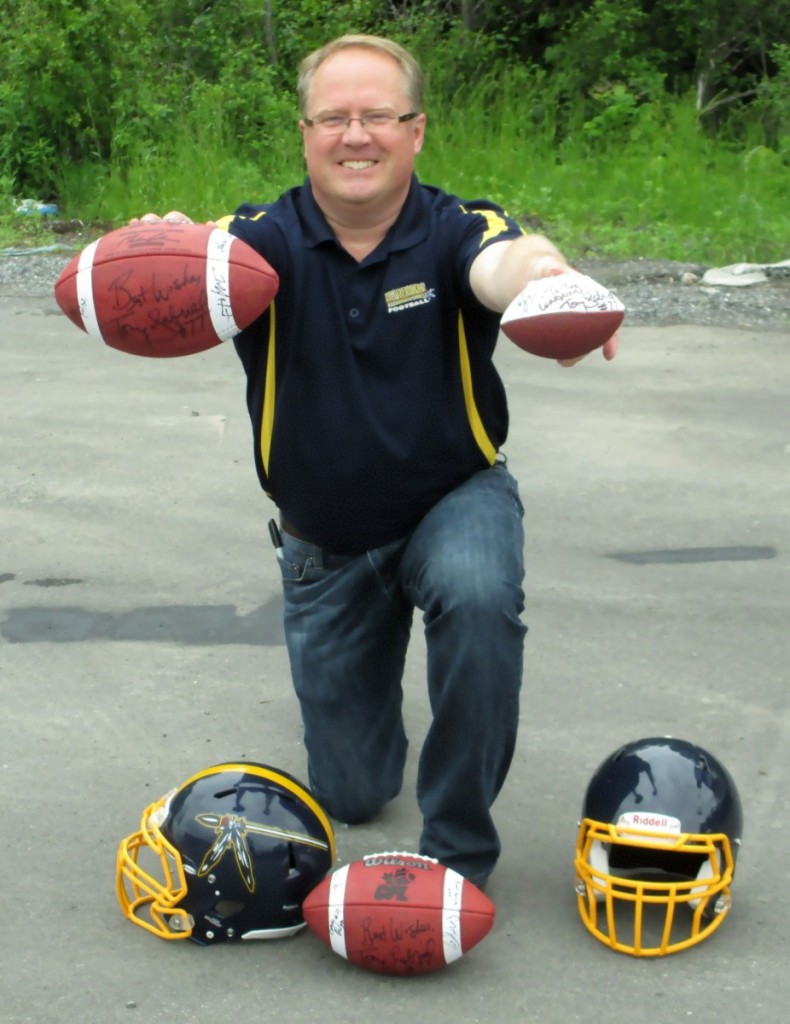 Since 1955, the Bell Warriors Football Club has offered football programs for boys and girls ages 8-16 in the communities of Britannia, Bayshore, Bells Corners, Richmond, Munster and Stittsville.