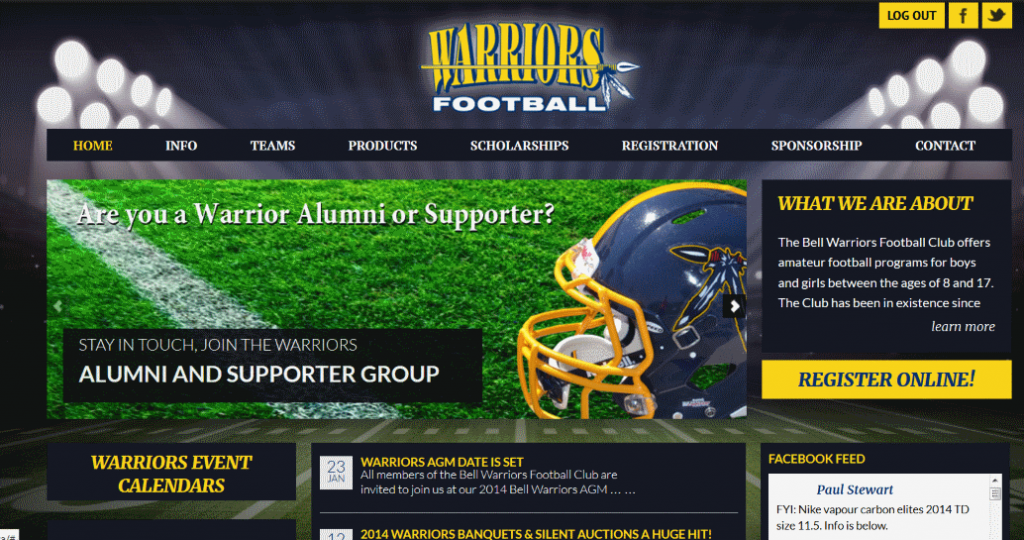 “It’s been in the works for quite a few months but we are now proud to launch a new website for our non-profit community football club“, states Paul Stewart, President of the Bell Warriors Football Club.

“Functionality was key. We wanted an easy access portal for everything Warriors. Visitors will quickly see that we have put a great deal of emphasis to ensure supporters and sponsors of our Warriors are given increased visibility and recognition. Our social media feeds have become important communication tools for the club in the past few years and they are all showcased on the home page as is easy access to our Warrior Highlight Videos, scores, standings and scholarship opportunities. Our Events page can be sourced many ways and will highlight our club’s events and those of each individual team for easy reference for our Warrior families and supporters.”

“Warriors can now purchase Warrior Promo Items on line with our convenient on-line order and payment options. Our Awards page will list every award winner for every level back to the early 1970’s. We have a complete summary for each team’s season dating back to 2009 and we will add to this season summary annually to build a reference for alumni to view and enjoy. We have added a News Blog which will contain news articles and press releases. Our Registration Module can be accessed from every page which will give families all the information and documents required to register for any level of football with the Warriors including our Winter Workouts and other special events as they are announced.  For those Warrior families looking for convenience, you can now pay for your registration on-line for the first time. We gave this project a great deal of attention to ensure that navigating the site was clear and easy.  We are very pleased with the outcome and want to recognize the team at Creative Unity which partnered with us to enable us to bring this new site to our Warriors’ family.” – summarizes Paul Stewart.

Go to www.bellwarriors.ca to see the new site and if you are a Warrior Alumni, Player, or Supporter, go to our “Registration” page and be sure to join our Warrior Alumni and Supporter Group. It’s absolutely free and will allow us to keep you up-to-date on Everything Warriors! Don’t forget to check us out on YouTube, Facebook, or Twitter #Warriors4Life

All members of the Bell Warriors Football Club are invited to join us at our 2014 Bell Warriors AGM.  There will be Director and Executive reports, a financial year-end presentation and elections of officers for the 2015 season.  Afterwards, the Warriors will be holding a planning session to map out events, roles and goals for the upcoming Warrior season.

Those interested in showing a greater level of support and involvement in the Club are invited to contact president@bellwarriors.  It takes many hands to host our football programs and we rely heavily on the dedication and expertise of our valued volunteers.  See you there! 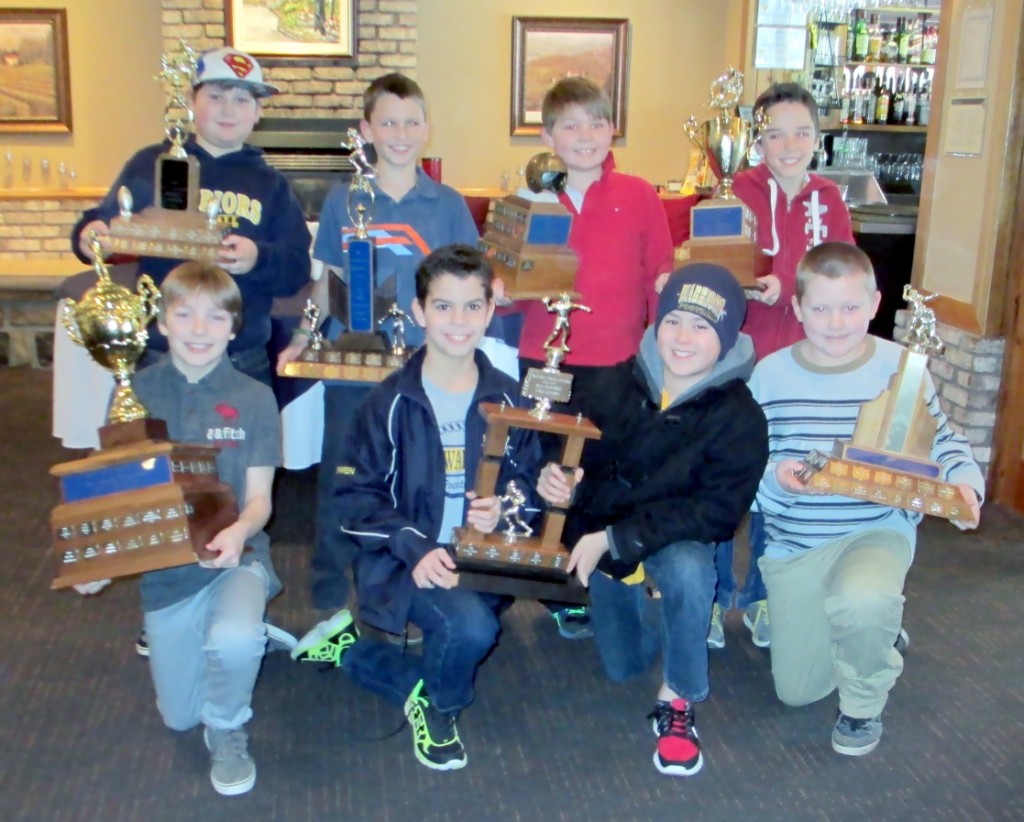 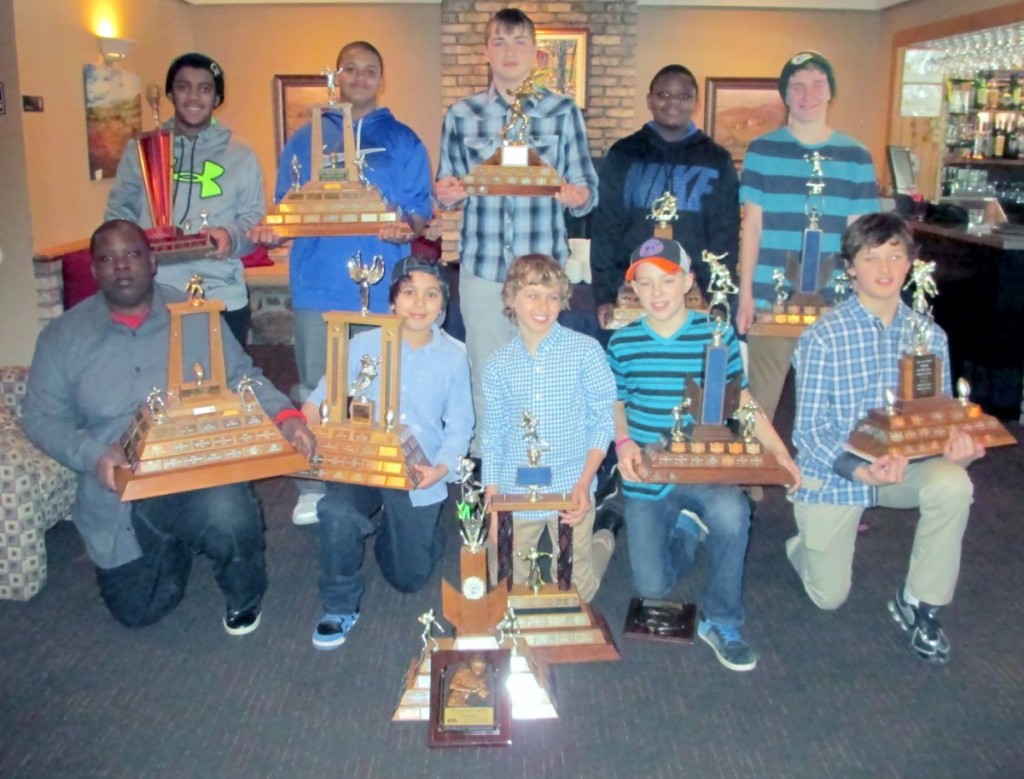 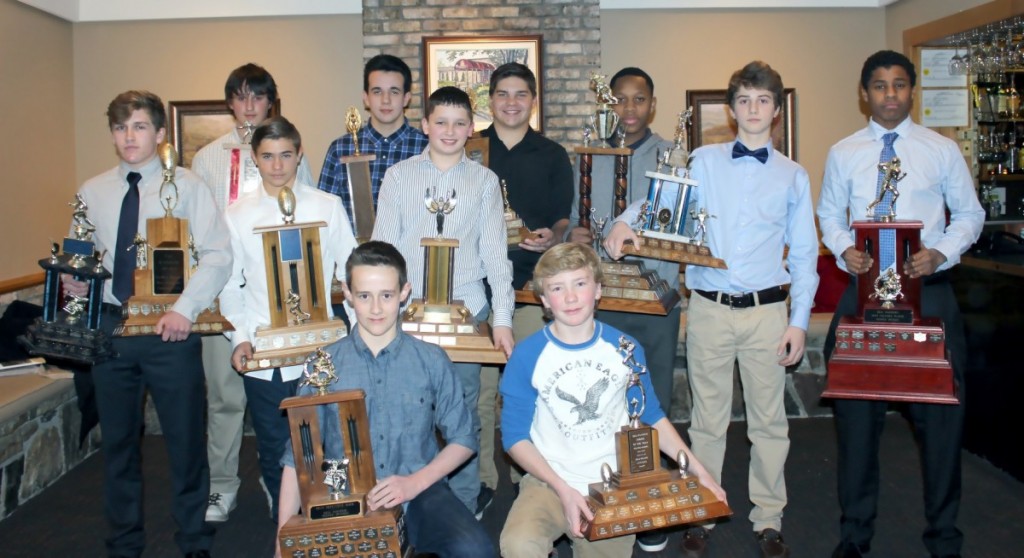 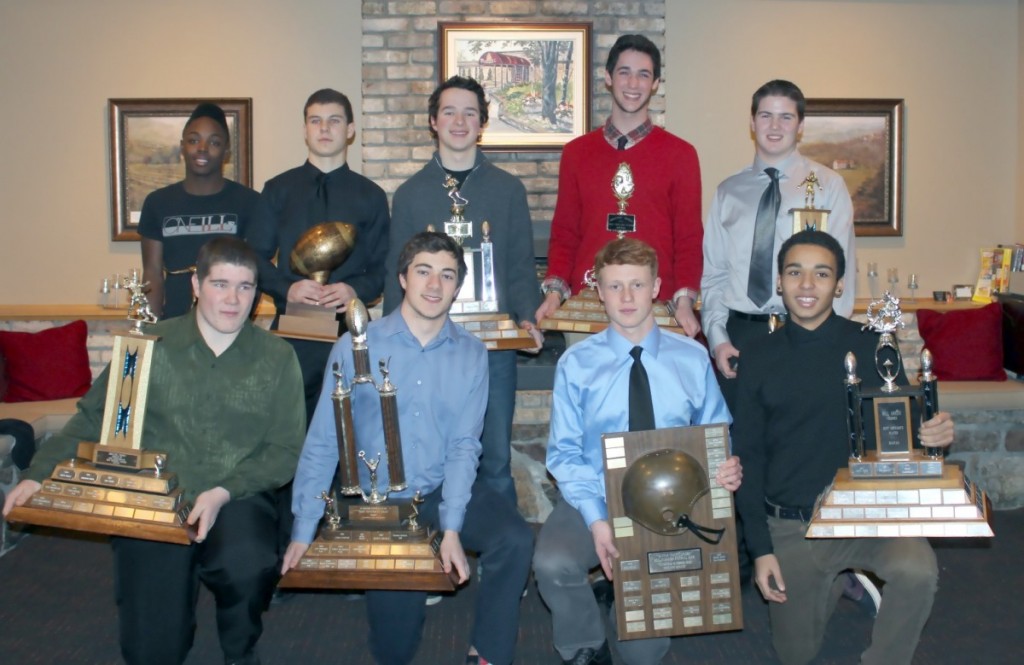