2020 was an absolute write off and so far 2021 hadn’t looked much better until a caring Warriors parent and volunteer came up with an idea.  That person was Tracey Gervais and her idea was to raise some badly needed money for our youth football club while engaging our football community to remember why we love our great sport.  The March Madness Month-Long Marathon Fundraiser was launched and as they say, the rest was history.  Today, the Bell Warriors surprised Tracey with an unprecedented April presentation of our Bell Warriors Football Club Volunteer of the Year award …. …. and it couldn’t have more deserved. 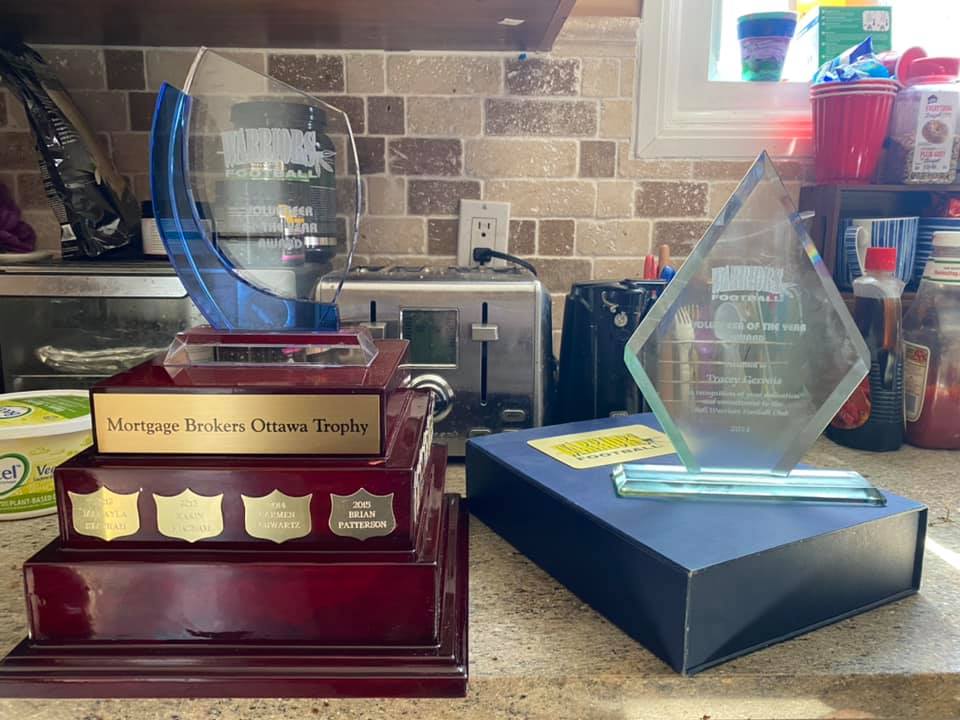 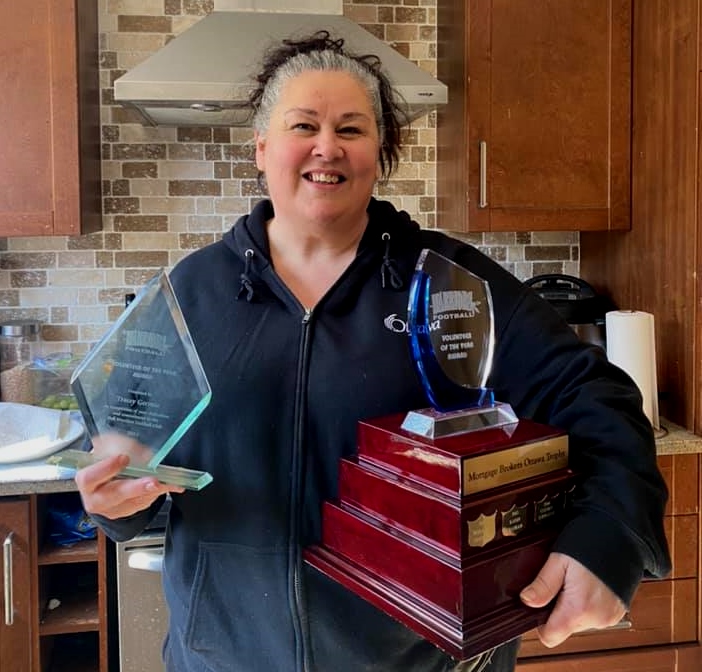 Starting on March 1st, Tracey launched a fundrasier Facebook group and auctioned off opportunities to win prizes.  Some were bought, some were donated and eventually, this concept also included 50/50 draws.  People put in bids in a Facebook comment associated with the item they wanted.  There were a limited number of bids allowed and when the limit was reached, the auctions were closed.  Bidders e-transferred funds to the Warriors and when all the bids were paid, Tracey made a live Facebook random selection of the winner.  Despite COVID, Tracey was committed to have fun with our supporters by providing a safe way to get them involved again.  If there’s one thing about our Warriors families, they love to get involved.

When all was said and done, on the final night March 31st, the fundraiser had raised an amazing $10,000 which will go towards our club rebuild.  Paul Stewart (Warriors President) says, “Our sport is such incredible sport.  We would say it’s the ultimate team sport because it encourages and rewards teamwork, hardwork, focus, and dedication.  It’s all about doing what you can for your teammates, coaches, team, and club.  It’s about valuing family because we are a family and no one exemplifies that more than our Tracey Gervais.  She had such a tireless commitment to this marathon fundraiser.  I was so inspiring that we felt in this unprecedented time, we would break with tradition and make an unprecedented presentation of our annual award in April.”  Mr Stewart continues, “It was the least we could do for setting such a great example for our youth and families.  It was a true honour to present Tracey Gervais with her surprise honour this morning on behalf of our proud club and caring families.  BRAVO TRACEY!!!”

More details about our proud legacy of Volunteers of the Year can be found on our Volunteer Page.

Watch Tracey Gervais’ reaction to her presentation of her Bell Warriors Football Club Volunteer of the Year Award: