Our mosquito squad won their NCAFA Gilchrist Cup 32 to 14 versus our cross-town rivals the Gloucester South Raiders which qualified them for the Football Ontario Fall Cup!  Head Coach Jon Landon did a masterful job inspiring his young team to the regional championship, but their successful season didn’t end there.

Two weeks later, at the Ravens Den at Carleton University, our Warriors’ mosquitos faced the Oakville Titans on the snow covered gridiron.  It was a match for the ages with two well-coached, competitive teams going nose to nose.  At the end of regulation, the score was tied 0-0 forcing a sudden death overtime.  Both teams were stopped on their first drives giving Oakville a chance to win the game.  Our Warriors defense came up big giving us the opportunity to win the battle….and win we did!!!  The eventual MVP of the game, Gabriel Douglas, exploded through the line for the game winning final TD to take the game 6-0! 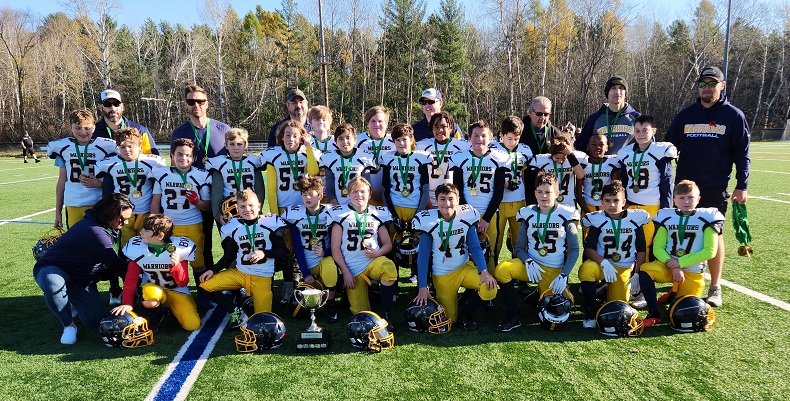 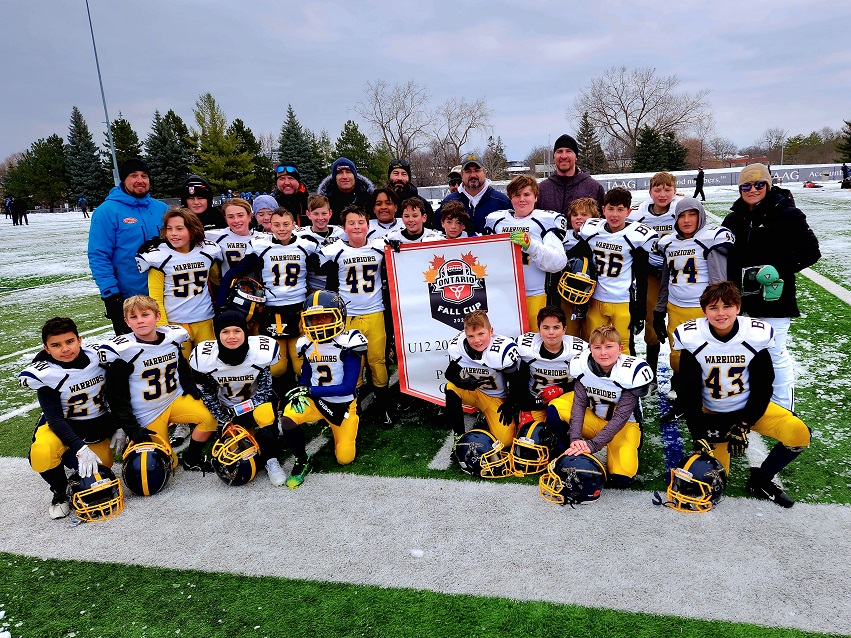 What a year! CONGRATULATIONS to all involved with this year’s memorable Mosquito season!