Long-time coach and Warriors VP, Tim Sheahan, has been inducted into the Bell Warriors Hall of Fame.  “We had an opportunity to host a ceremony with Tim and a small group of Warriors past volunteers to honour Tim by presenting him with his award.  Unfortunately COVID delayed the event and we were forced to reschedule.  Coach Sheahan, who gave more than 10 years as a coach and club VP, was inducted into the Bell Warriors Hall of Fame yesterday at his home (our 4th inductee).

“No one has brought more creativity, emotion, energy, commitment or passion as a coach and volunteer with our Warriors club.  Tim Sheahan made players and his teams believe in themselves.  He understood the importance of challenging our teams while turning on the switch for players thriving to play football at the next level.  Over 25 young players coached by Coach Tim went on to play CJFL, NCAA, or USports Football!  He was all in and is still a proud Warrior for Life.” – Paul Stewart (Bell Warriors President) Pictured L to R:  Tim Sheahan, Paul Stewart 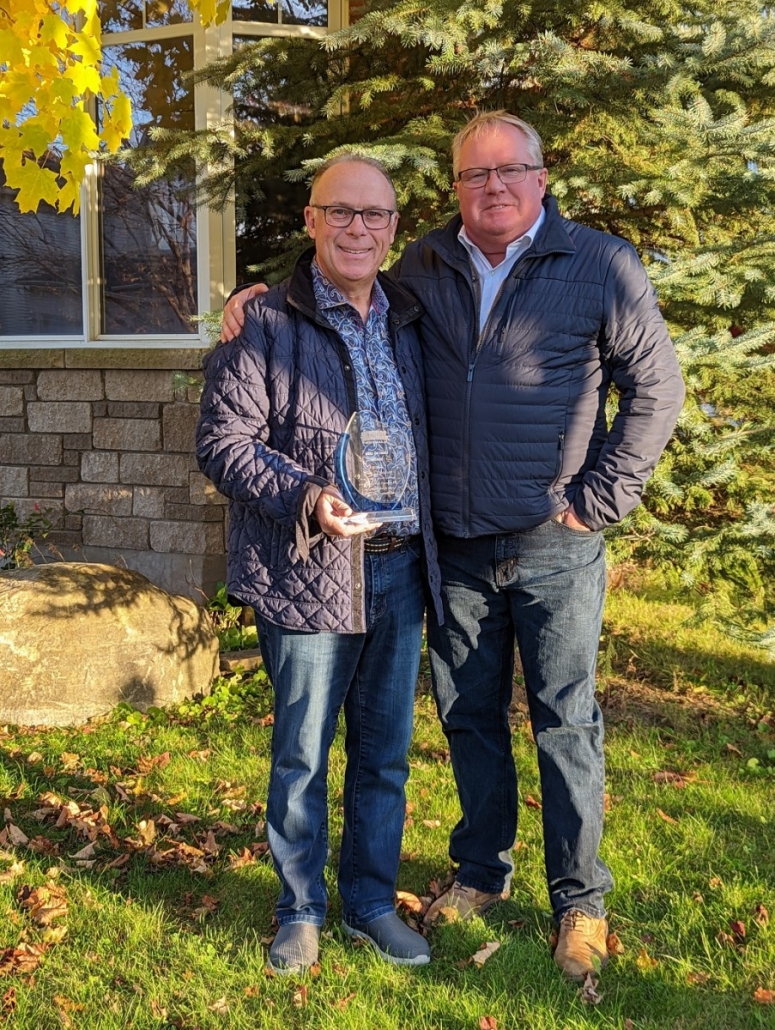 Paul Stewart, Bell Warriors President, presents Tim Sheahan with his award upon his induction into the Bell Warriors Football Hall of Fame

Tim had two boys go through our program (Kyle and Brendan) and remained to give back to the Warriors long after both boys had graduated from our program. When it came to passion for our sport and our club, Tim was second to none. His contributions to our club led to his being honoured with the 2015 United Way Community Builder Award. 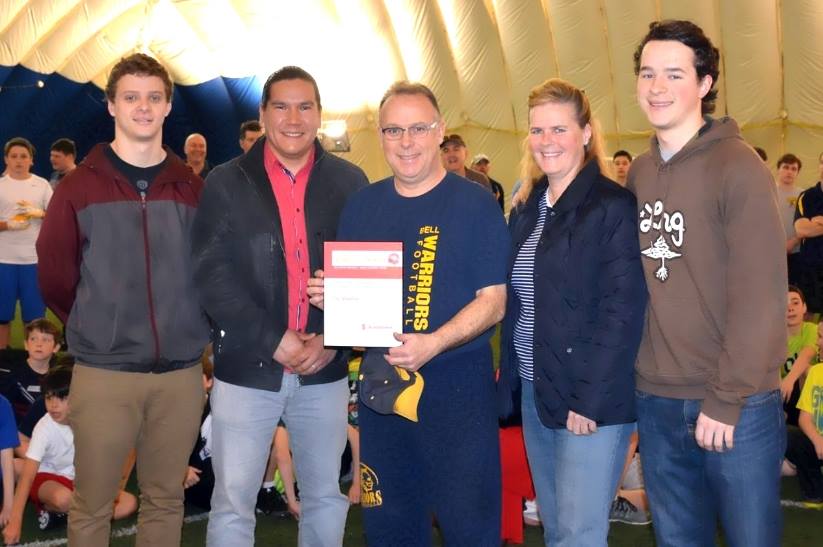 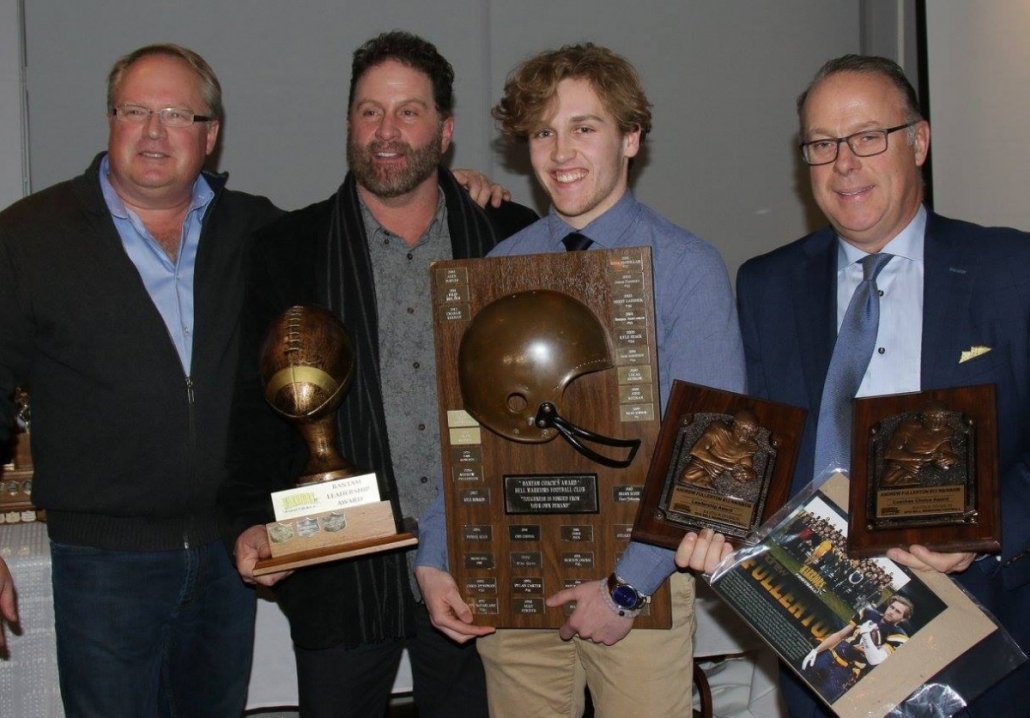 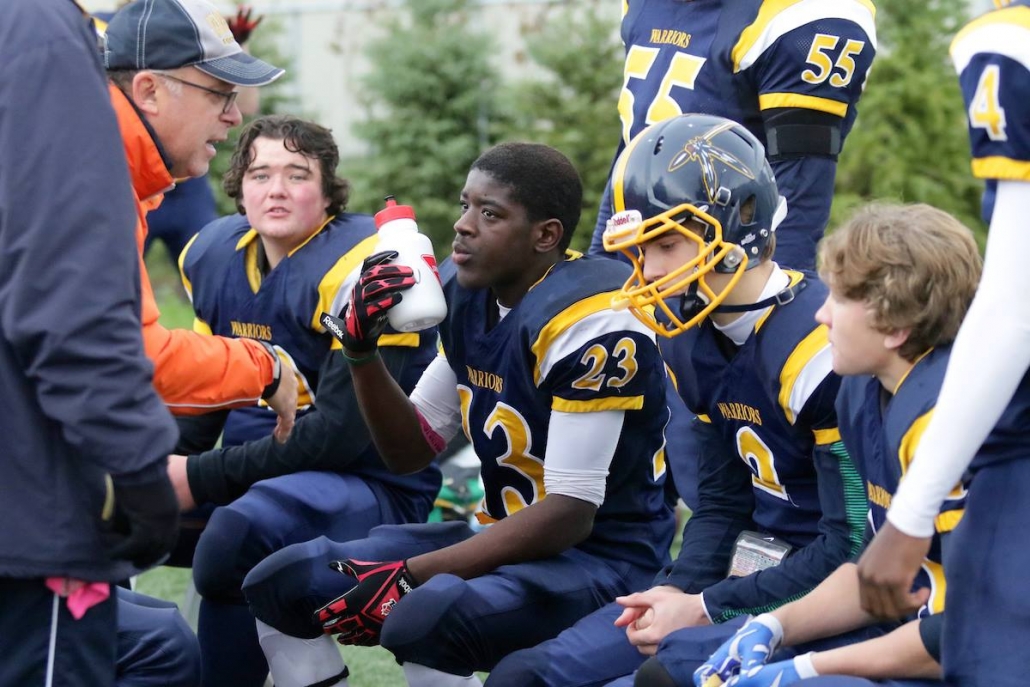 Coach Tim was always challenging our young players and teams. Tim was the ultimate mentor, educator, and motivator.

Time went by and an opportunity rose yesterday to surprise Tim with the award presentation so that was exactly what we did.

Past Warrior Coach & VP and a former NCAFA President Wayne Chorney is our 2015 Bell Warriors Hall of Fame Inductee. Mr Chorney (of the Chorney Conference and Cup) was a tireless volunteer for our Club and NCAFA. He introduced our Tyke program and was instrumental in bringing back our Bantam program. Past President Jim Wagdin made the presentation on behalf of the Warriors. 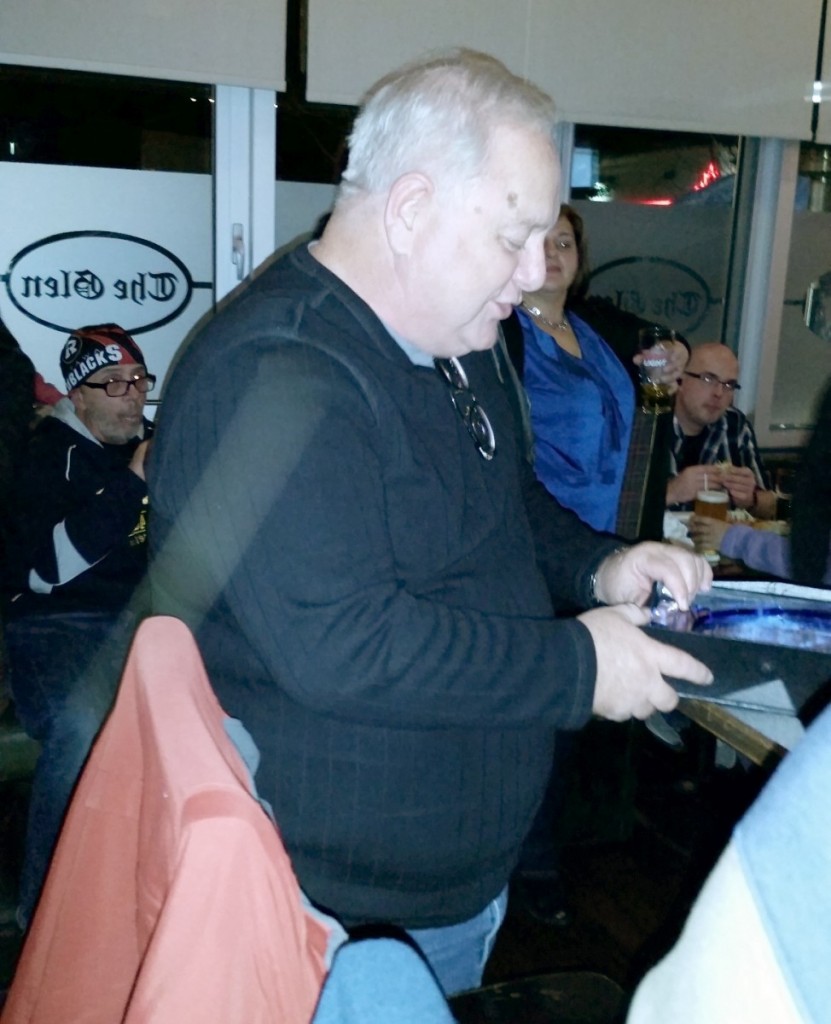 Wayne still frequents our Warrior games to cheer on our players and club.  Make sure to watch for Wayne on our sidelines and make sure to shake his hand and thank him for all he did for the Warriors & our great sport.  CONGRATULATIONS WAYNE!